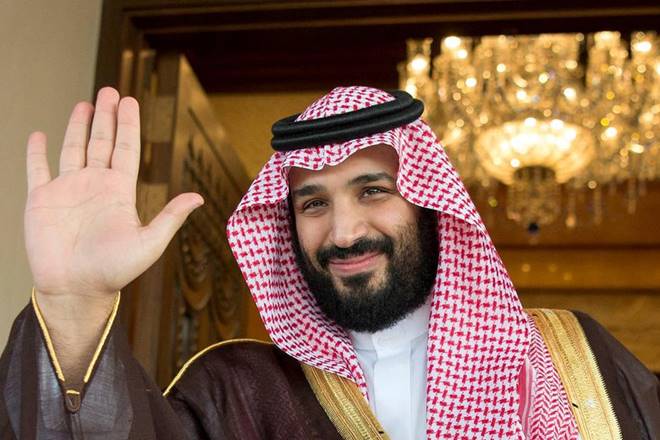 The prince is on tour of the world to seek support for reform in the conservative oil rich country.

The trip is set to focus on cultural ties and investments as well as the war in Yemen, dubbed the world’s worst humanitarian crisis.

It follows a coast-to-coast tour of the United States as well as Britain and Egypt, where he courted multimillion dollar deals, from defence to entertainment.

Around 14 memorandums of understanding in energy, agriculture, tourism and culture are set to be signed between French and Saudi organisations, a source close to the crown prince’s delegation told AFP.

A Franco-Saudi cooperation deal to develop Al Ula, a Saudi city richly endowed with archeological remnants, is also expected to be a central highlight of the visit, he added.

Aside from meetings with the French president, prime minister and trade officials, the heir to the Saudi throne is also considering a visit to the Paris-based tech startup campus Station F and a concert in southern Aix-en-Provence, the source said.

“This is not a traditional state visit,” another source close to the delegation told AFP.

“It is about forging a new partnership with France, not just shopping for deals.”

Macron’s office said the trip would also focus on investment in the digital economy as well as renewable energy, as the oil-rich kingdom invests billions of dollars in the sector in a bid to diversify.

“He is marketing Saudi Arabia as a strategic and business partner to the West and a force of stability in the region, as compared to rival Iran which he presents as a destabilising force,” he added.

Prince Mohammed’s first visit to France as the heir to the Saudi throne comes after a tumultuous period at home that saw a major military shake-up and a royal purge as he consolidates power to a level unseen by previous rulers.

The 32-year-old prince, well-known as MBS, has used his global tour to project his reforms including the historic lifting of a ban on women driving, cinemas and mixed-gender concerts, following his public vow to return the kingdom to moderate Islam.