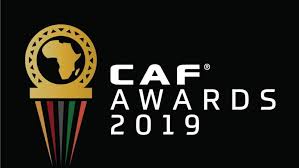 The 28th edition of the CAF Awards celebrated African footballers and officials who distinguished themselves during 2019.

Mane was crowned the African Player of the Year, polling 477 votes ahead of his Liverpool teammate Mohamd Salah, 325 votes, and Algeria’s Riyad Mahrez, 267 votes.

For the Women’s category, Oshoala was named African Women’s Player of the Year for the fourth time, equalling the record of her compatriot Perpetua Nkwocha.

She garnered 351 votes, 30 more than Cameroonian forward Ajara Nchout and Thembi Kgatlana, who had 247 votes.

For the Interclub of the Year, Youcef Belaili won the prize following his stellar performance for his club X in the CAF Champions League with Esperance.

The Youth Player of the Year award went to Moroccan Achraf Hakimi while Djamel Belmadi and Desiree Ellis picked the Coach of the Year male and female respectively.