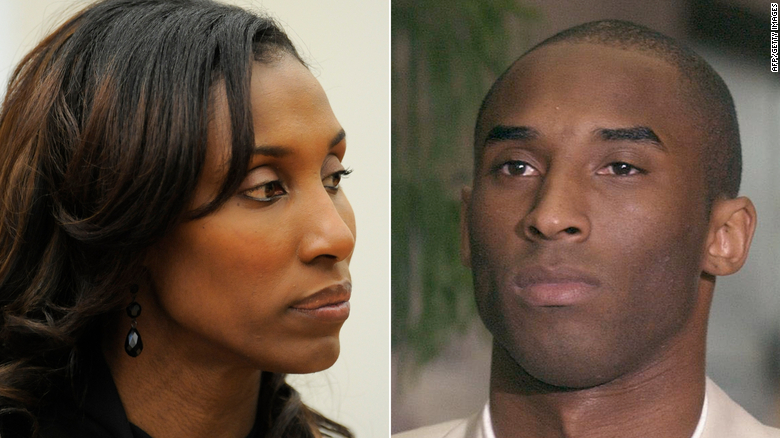 Gayle King has criticized her employer CBS for sharing a “salacious” and “out of context” clip of her questioning basketball icon Lisa Leslie about allegations leveled against the late Kobe Bryant.

The CBS This Morning anchor came under fire Wednesday from rapper 50 Cent and other fans after footage of her asking Leslie whether she thought allegations against the late Lakers player made his legacy complicated.
Responding to the controversy in a video posted to her social media accounts Thursday, King expressed disappointment in her network.
“I know that if I had only seen the clip that you saw, I’d be extremely angry with me too. I am mortified, I’m embarrassed and I am very angry,” she said.
CBS News said in a statement that King “conducted a thoughtful, wide-ranging interview” with Leslie but the clip that was posted “did not reflect the nature and tone of the full interview.”
“We are addressing the internal process that led to this and changes have already been made,” the spokesperson said in Thursday’s statement.
The clip posted by CBS on Tuesday showed King ask Leslie: “It’s been said that his legacy is complicated because of a sexual assault charge which was dismissed in 2003, 2004. Is it complicated for you, as a woman, as a WNBA (Women’s National Basketball Association) player?”
Leslie responded by saying it was “not complicated for me at all,” adding that Bryant had never behaved like “the kind of person that would be (or) do something to violate a woman or be aggressive in that way.”
Bryant’s untimely death renewed discussion about the 2003 sexual assault allegations leveled against him by a hotel employee.
LeBron James and the Lakers honor Kobe Bryant in an emotional pregame ceremony
The criminal case was later dropped. Although Bryant stopped short of admitting guilt, he did acknowledge that while he viewed the encounter as consensual, his accuser did not. Bryant later settled a civil suit with his accuser for an undisclosed amount of money.
King said Thursday that although she did address the 2003 case, the “wide-ranging” interview covered topics including his career, his passion, his sense of humor and his life after basketball.
Bryant died, along with his 13-year-old daughter Gianna Bryant and seven others, in a helicopter crash in Calabasas, California last month.
In her video posted on social media Thursday, King said she chose to discuss the allegations with Leslie because she “wanted to get Lisa’s take on it as a friend who knew him well.”
The TV veteran claimed that she was “advised to say nothing,” but decided to address the furor after receiving a barrage of calls and messages.
“The last thing I would want to do is disparage him (Bryant) at this particular time,” she added. “I hope people understand that.”
Lisa Leslie (L) and Kobe Bryant (R) were close friends.
King’s line of questioning stoked the ire of viewers with critics on social media accusing the journalist of being disrespectful.
Rapper 50 Cent tweeted a clip of the video Wednesday along with the caption: “What is this, wait somebody gotta help me understand why they keep doing this. I apologize for my language in advance let’s talk about this.”
Washington Post’s top editor sends a memo to staff after backlash over the handling of reporter’s Kobe Bryant tweets
Last week, an editor at The Washington Post said that a reporter who was suspended for tweets she posted in the immediate aftermath of Bryant’s death had not violated the newspaper’s social media policy.
Felicia Sonmez faced a fierce backlash online after she tweeted a 2016 Daily Beast story — just hours following news of the basketball legend’s tragic helicopter crash — that detailed the sexual assault allegation made against him.
“After conducting an internal review, we have determined that, while we consider Felicia’s tweets ill-timed, she was not in clear and direct violation of our social media policy,” Tracy Grant, managing editor of The Post, said in a statement.
Click to rate this post!
[Total: 0 Average: 0]