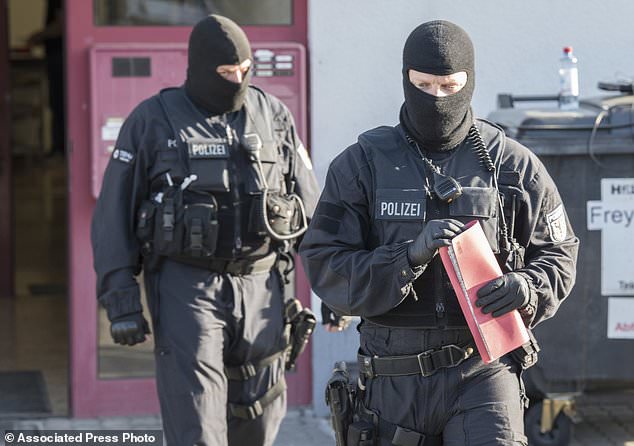 German federal police said they carried out the biggest raids in their history on Wednesday against an alleged organised crime ring suspected of trafficking hundreds of women and transsexuals from Thailand for prostitution.

The federal police force said in a statement that a record 1 500 officers swooped on more than 60 brothels and flats in 12 of Germany’s 16 states. Prosecutors have 56 suspects in their sights, 41 of them women.

Authorities say a “core group” of 17 suspects “smuggled Thai women and transsexuals into Germany with fraudulent” visas for the passport-free Schengen zone.

Seven of the accused, including a 59-year-old Thai woman and her 62-year-old German partner, were taken into custody on outstanding arrest warrants.

Some of the suspects could face up to 15 years in prison. Prosecutors in Frankfurt, who have been working with police on the case since February 2017, estimate that the ring drew more than one million euros in income.

“Several hundred women and men were at the mercy of the inhumane, boundless greed of human smugglers for years and across borders,” he said. “This unscrupulous behaviour and the sexual exploitation on an abominable scale were put to an end today.”

Badle said the ring had “specialised” in a niche for transsexual prostitutes in Germany’s vast sex industry. He said that while the Thai victims were aware that they were being taken to German brothels, they were duped about the “conditions, including the fact that they would receive virtually no remuneration”.

They were brought to Europe on tourist visas that explicitly prohibited work, and spoke no German, leaving them particularly vulnerable to exploitation, Badle added. He said immigration authorities would now examine the victims’ legal status to determine how long they could stay in Germany.

Prostitution is legal in Germany but heavily regulated and taxed. However, a 2002 law intended to improve the legal footing for sex workers has failed to stamp out mass-scale trafficking.

Thailand has a famously permissive attitude toward the so-called third sex people or “ladyboys”, but its laws still refuse to recognise their sexual identity, rooting discrimination in the bureaucracy.

Sex work, drugs and stigma combine with a lack of healthcare to push many of the country’s estimated 180 000 third sex people to the “social, economic and legal” margins”, a 2012 study by the United Nations Development Programme found.

It said HIV prevalence rates among transgender people across the Asia-Pacific region could be as high as 49% – a rate that “far exceeds (that of) the general population”.

Atletico Madrid,Borussia Dortmund, Schalke and Porto all Qualified to the Champions League last 16