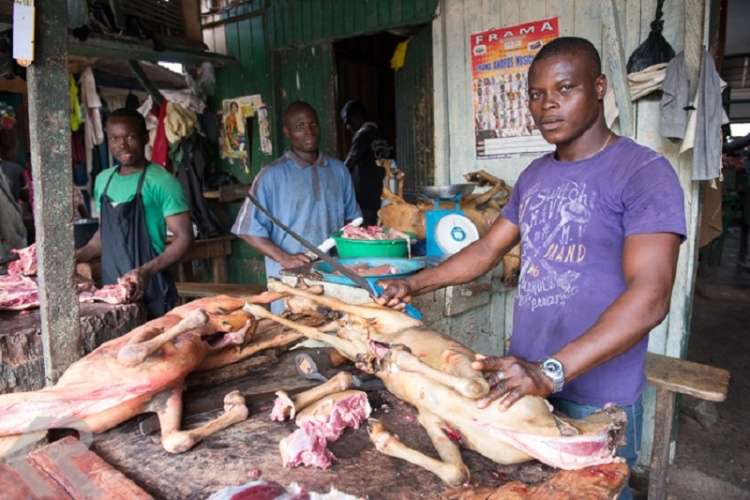 West Akyem Municipal Assembly in Ghana has passed a bye-law banning the use of flames from tyres in process meat by either households or butchers.

The ban was for health and environmental reasons.

The new law stipulates that “Any butcher who breaches the bye-law will be liable on conviction to a fine of between 50 and 100 penalty units (GHc600-GHc1200) or in default imprisonment to a term not exceeding six months or both”.

The Assembly passed another bye-law to prohibit the use of passenger vehicles, including taxi cabs, for transporting dead bodies to and from hospital mortuaries.

The bye-law permits only ambulances and hearses for transporting dead bodies.

Drivers who breach the provision are liable on conviction to a fine of between 20 to 30 penalty units, which is equivalent to between Ghc240.00 to Ghc360.00.

The use of flames from tyres in process meat is prevalent in Nigeria.

Tyres are used to burn skin of animals, especially cows and goats.