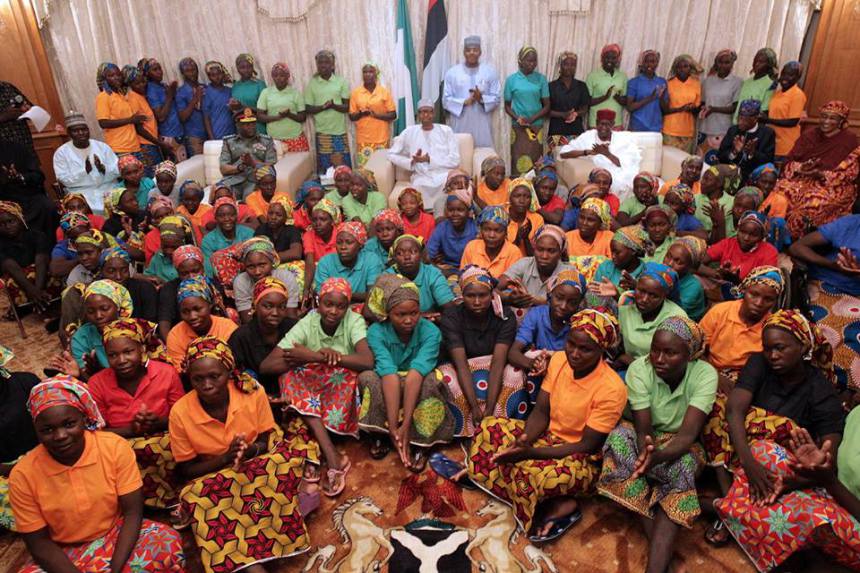 President Muhammadu Buhari has revealed  the reason for the non-release of the remaining Chibok schoolgirls by their Boko Haram abductors, months after over 100 of them were freed.

In a statement commemorating the 4th anniversary of the abduction at Chibok Girls Secondary School, in Borno State, on 14 April 2014, Buhari said talks with Boko Haram to free the girls have run into some hitches, because of the divisions in the terrorists ranks.

“Unfortunately, the negotiations between the government and Boko Haram suffered some unexpected setbacks, owing mainly to a lack of agreement among their abductors, whose internal differences have led to a divergence of voices regarding the outcome of the talks”, Buhari said in a statement issued by Malam Garba Shehu, the senior special assistant on the media.

“We know that this is not the news parents want to hear after four whole years of waiting, but we want to be as honest as possible with you.

“However, this government is not relenting. We will continue to persist, and the parents should please not give up.

President Buhari reassured the parents of the schoolgirls that “their daughters will never be forgotten or abandoned to their fate”.

Buhari  said government would continue its efforts to ensure the safe return of the girls to their respective homes,  despite that it has been four long years since they were taken away by the terrorists.

President Buhari joined the Borno government, parents of the children and Nigerians in commemorating the fourth anniversary of the sad incident.

He  urged the parents to keep their hopes alive on the return of their daughters.

President Buhari noted that the recovery of more than  100 of the girls  through the Federal Government’s determined effort should give confidence that all “hope is not lost’”.

“We are concerned and aware that it is taking long to bring the rest of our daughters back home, but be assured that this administration is doing its very best to free the girls from their captors.

”Don’t give up hope of seeing our daughters back home again. Don’t lose faith in this government’s ability to fulfil our promise of reuniting you with our daughters.

“Don’t imagine for a moment that we have forgotten about our daughters or that we consider their freedom a lost course,’’ the President said.

According to him, as long as he remains the Commander-in-Chief of the Armed Forces,  the Chibok schoolgirls will never be forgotten and all will be done to have them reunited with their families.