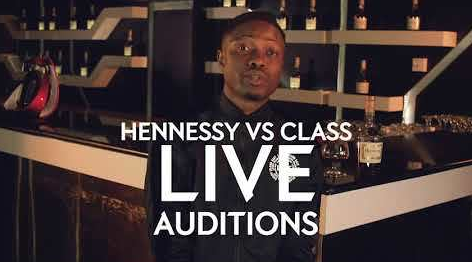 For the first time in Hennessy Artistry History, The VS Class auditions have toured both Abuja and Benin and now the opportunity will be live in Lagos.

This past weekend, the VS Class auditions in Benin revealed a massive hip hop community with talented Rappers from within the city and neighboring cities converging on the Gold Wing of the Randheki Royal Hotel for an opportunity to be heard. VS Class Judges; Hip hop connoisseur Andy Bello, ace rapper, Vector the Viper; Celebrity Hypeman, Jimmie; and VS Class Alumnus, Phlow, had a difficult task choosing from the best MCs Benin had to offer. At the end of the auditions, 5 MCs were selected to move on to the next stage.