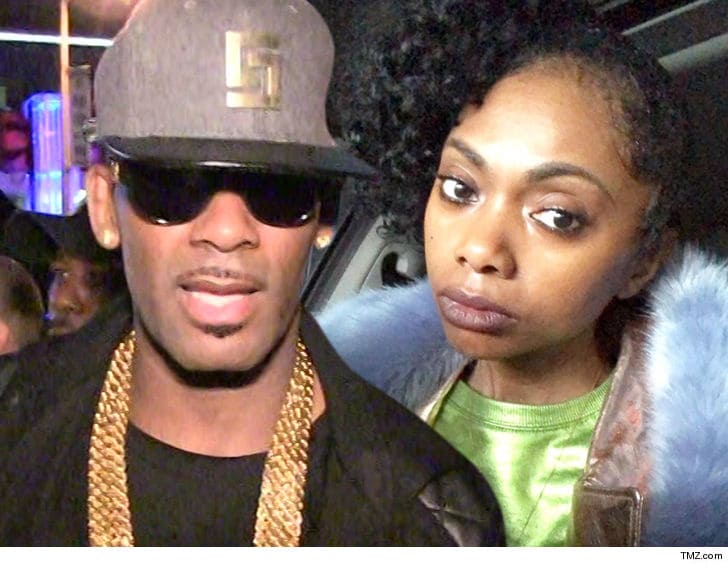 The R. Kelly investigations are expanding as US human trafficking agents have reached out to Kelly’s former stylist, who has ties to a couple of the singer’s exes.

Sources close to celebrity stylist Kash Howard told  TMZ  that the Dept. of Homeland Security agents contacted Kash Wednesday and wanted to schedule a sit-down with her. It appears the call was prompted by a video that popped up all over YouTube this week.

In the video, Kash is behind the wheel of a car with 2 of Kelly’s ex-girlfriends, Halle Calhoun and Vonecia Andrews, as they talk to a media outlet about their relationships with the singer. Vonecia, aka Vee, was sobbing throughout the video, which our sources say Kash recorded last year.

We reached out to Kash, and she says, “Mr. Kelly hired me as his personal Fashion Stylist where I provided wardrobe direction for concerts, album cover shoots, and special appearances. Our professional relationship along with all communication ceased in March of 2017.”

She also tells us she was only in the video because she was offering moral support to Halle and Vonecia.

As for Kelly’s legal battle, Kash says, “Mr. Kelly faces very disturbing charges. And while I have never personally witnessed any wrongdoing, I support those in search of the truth.”

US investigators have 2 separate U.S. Attorney’s Office investigations going, and will meet with Joycelyn Savage‘s parents, who say they have “physical evidence” to turn over.

We’re told DHS also reached out to the Savages, and agents are in contact with Kash’s attorney to set up the meeting with her.

Kelly’s attorney, Steven Greenberg‘s in his reaction to the investigation  said “That’s their job. But just because they are looking into something, certainly nobody should conclude that they have any evidence of any wrongdoing or a crime was committed.”

I Like ThisUnlike 0
I Dislike ThisUn-Dislike 0
Tags Kash Howardr.kelly