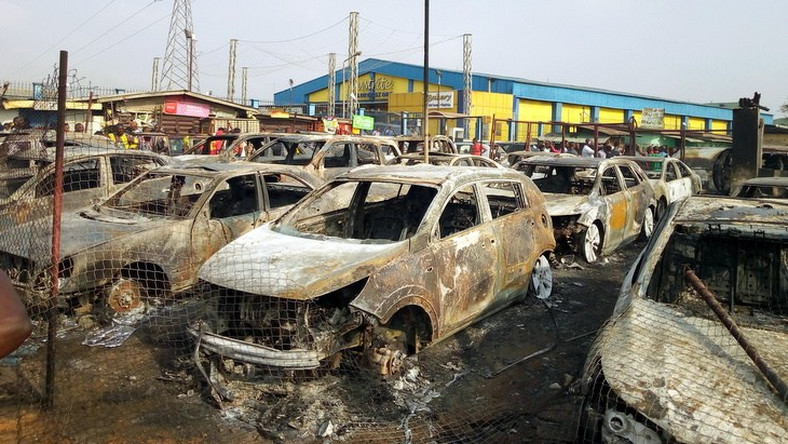 A fire explosion consumed houses and cars in the Abule Egba area of Lagos State after suspected pipeline vandalism in the area.
The pipeline explosion occurred in the early hours of Wednesday, December 19, 2018.

According to a statement signed by the Lagos State Emergency Management Agency (LASEMA), the explosion occurred as a result of spillage from “what appears to be bunkering activities” which “came in contact with an ignitable source”.

“The impact resulted in inferno as it ravaged houses and cars,” the statement read.

The fire was eventually put out hours later and the Lagos State Traffic Management (LASTMA) confirmed that calm and normalcy had been restored in the area.

According to a source that spoke to The Guardian, The fire affected about five streets and burnt several building and vehicles and it’s not yet been disclosed if there were any human casualties.