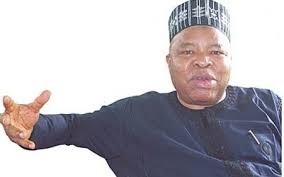 Former Deputy Senate President, Ibrahim Mantu yesterday confessed to have partcipated in electoral fraud during his time as a member of People democratic party PDP.  The former lawmaker made this confession at a TV programme last night in Lagos.

Asked about how he helped to rig elections, he said, “I don’t have to go and change election (results) but when you provide money, you give money to INEC boys that if they see any chance they should favour you, you provide money to the security (personnel); I tell you it’s not necessarily when I am contesting election but when my party sponsors a candidate, I will like that candidate to win election.”

The former Deputy Senate President who pronounced himself as a born-again politician in 2017 disclosed that he helped to rig elections by providing financial inducements to officials involved in the conduct of the polls.

He admitted to having bribed electoral and security officials, even agents of other political parties in order not to raise any objection to the outcomes of the elections.

Speaking the forthcoming general polls, Senator Mantu, however, believes Nigeria can get a free and fair election if people are born again like him and refuse to engage in electoral malpractice.

He further urged Nigerians to ensure they voted wisely in 2019 and support leaders who would make the welfare of the people a top priority of their administration.

“I am tired of leaving in poverty in the midst of plenty and I believe that we have the resources that people can live a decent life without being beggars to those who have,” Mantu lamented.