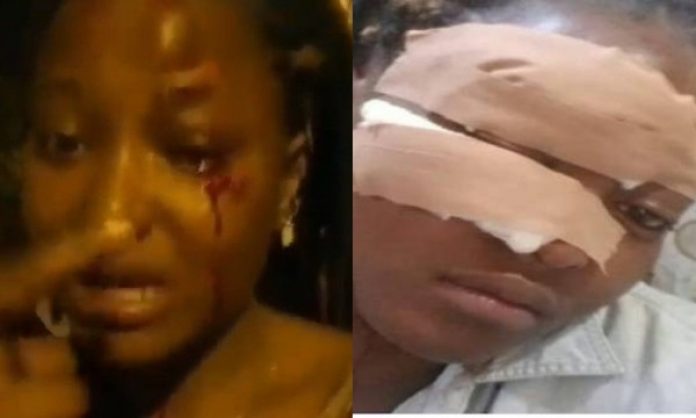 The female student of Federal University of Technology Akure Ondo State, left with grievious injuries by policemen, has revealed that she was assaulted for refusing to have sex with the security operatives.

The student identified as Sheba Ogbu, said the incident happened at about 9:30pm along Oyemekun Road in Akure on Sunday August 25. Ogbu alleged that she was accosted by the policemen in their patrol van on her way home from church.

She further stated that her head was smashed with a stone following her refusal to have sex with the policemen who found nothing incriminating in her bag after a search. Sahara Reporters reported that the undergraduate and her family threatened to sue the Nigeria Police Force for the assault.

However commenting on the assault incident, the Ondo state Police spokesperson Femi Joseph, said the matter involved two drunk students who were on a motorcycle. According to him, the students’ refusal to be searched led to one of students getting injured after being slightly pushed by one of the policemen.

He said, “The students were stopped by the policemen on patrol on Sunday night, and when they were asked to open the bag they held, they refused, that was what caused an argument between them, leading to one of them to slightly push the lady. But because the lady was drunk, she fell down and got injured.

“In spite of that, as I am speaking with you now, the policeman in question has been arrested and will face trial today ( Tuesday). He would definitely be punished. ”