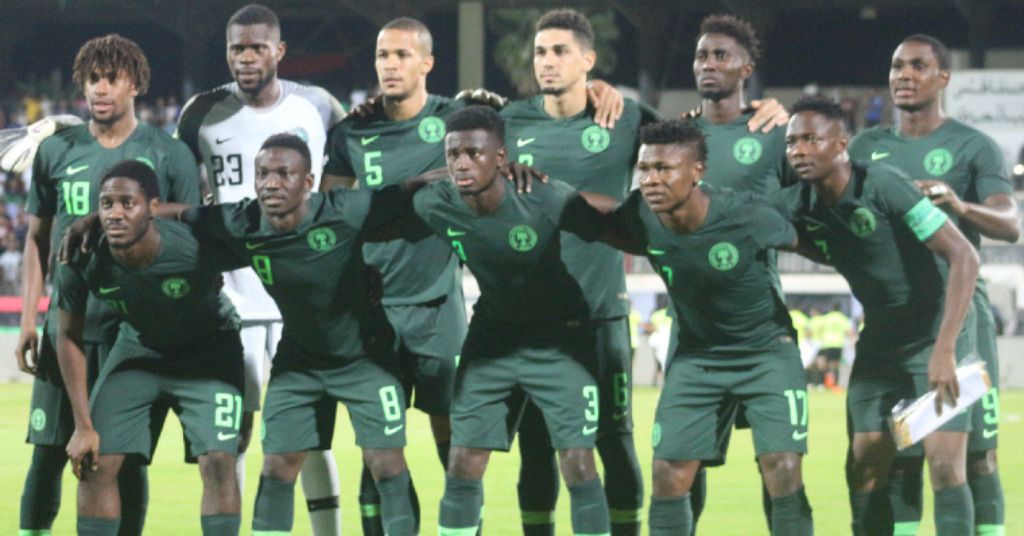 The Super Eagles of Nigeria moved to the top of their 2019 African Nations qualifying Group E after defeating home side Libya 3-2 at the Stade Taieb Mhiri in Sfax, Tunisia on Tuesday

The Nigerians, who had beaten the Libyans 4-0 in the first fixture on Saturday in Uyo, had an early control of the game.

Odion Ighalo with a goal in each and another strike from Ahmed Musa gave the Super Eagles their third straight win in Group E, while Mohamed Zubya and Ahmed Ben Ali were on the scoresheet for the Libyan team

The Nigerian side started brilliantly stroking crispy passes but failed to create a chance, until the 14th minute when Ighalo grabbed the first goal  after some fine interchange of passes between  Alex Iwobi and captain Musa, who set up Ighalo inside the box to score.

Three minutes later, Ighalo returned the favour to Musa who dashed past a couple of Libyan players before his final touch turned into goal despite losing balance in the process.

Mohamed Zubya reduced the tally for the hosts 10 minutes before the break heading high into the far corner with Nigeria keeper Francis Uzoho lost in flight.

Ahmad Benali restored parity for the hosts in the 74th minute when he reacted first, to slam home a shot parried by Uzoho. But an individual brilliance from Ighalo sealed all three points for the Super Eagles with nine minutes left to play.