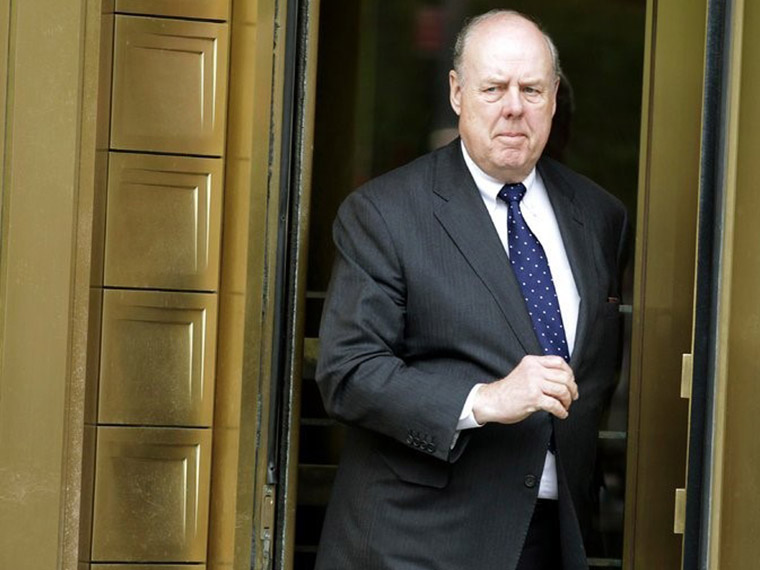 WASHINGTON — President Trump’s lead lawyer for the special counsel investigation, John Dowd, resigned on Thursday as his strategy for cooperating with the inquiry grew increasingly at odds with Mr. Trump’s desire for a more aggressive posture.

“I love the president,” Mr. Dowd said in a telephone interview. “I wish him the best of luck. I think he has a really good case.”

His departure marked the most significant shake-up for the president’s legal team in months and underscores the president’s growing frustration with the investigation by the special counsel, Robert S. Mueller III, into Russia’s election interference and possible ties to Trump associates as well as whether the president obstructed the inquiry.

The president has in recent days begun publicly assailing Mr. Mueller, a shift in tone that appears to be born of Mr. Trump’s concern that the investigation is bearing down on him more directly. He has also insisted he should sit for an interview with the special counsel’s office, even though Mr. Dowd believed it was a bad idea.

Mr. Trump often keeps his own counsel, and whether he will agree to an interview is uncertain. But he is unmistakably veering toward the combative approach to the investigation that was supported by his longtime personal lawyer, Marc E. Kasowitz, who stepped back last summer but was still in contact with the president occasionally over the past several months. He could take on a larger role again, two people close to the president’s legal team said.

The president was said to be pleased with Mr. Dowd’s resignation, as he had grown frustrated with him, particularly over the weekend when Mr. Dowd called on the Justice Department to end the special counsel investigation. Mr. Dowd, who had forged relationships with the special counsel’s office, said at first that he was speaking for the president, but later backtracked.

The president was angered with Mr. Dowd’s handling of the episode, telling people it was ham-handed and Mr. Dowd should not have backed off his initial statement. Mr. Dowd, a former Marine Corps captain, has told people that the president has recently implored him to stay but was said to be considering quitting on Monday, which he denied in an interview that night.

Despite claiming otherwise on Twitter, the president has expressed displeasure with his legal team for weeks. He has met with the veteran Washington lawyer Emmet T. Flood, who represented President Bill Clinton during impeachment, about coming inside the White House to serve as his top lawyer. Neither Mr. Dowd nor Jay Sekulow, the president’s other personal lawyer for the investigation, knew about the meeting at the time, and after The New York Times reported about it, were said to be concerned that their standing with the president had fallen. He tried to reassure them on Twitter.

“The Failing New York Times purposely wrote a false story stating that I am unhappy with my legal team on the Russia case and am going to add another lawyer to help out. Wrong. I am VERY happy with my lawyers, John Dowd, Ty Cobb and Jay Sekulow,” Mr. Trump wrote. “They are doing a great job.”

It is not clear who will take over the team. Mr. Sekulow is liked by Mr. Trump and brought on this week one of his longtime friends, Joseph E. diGenova, to join the team.

Mr. Cobb, the White House lawyer for the investigation, came aboard around the same time as Mr. Dowd and Mr. Sekulow and advocated on behalf of cooperating with the special counsel. But the president has discussed with close associates in recent days whether to fire Mr. Cobb, while reassuring Mr. Cobb that he had no plans to do so.

“John Dowd is a friend and has been a valuable member of our legal team,” Mr. Sekulow said. “We will continue our ongoing representation of the president and our cooperation with the office of special counsel.”

Mr. Dowd, a seasoned Washington defense attorney, has been at the center of several prominent investigations. He led the Major League Baseball inquiry into gambling accusations involving Pete Rose, baseball’s all-time hits leader and the former Cincinnati Reds manager, during the late 1980s. Mr. Dowd also represented Senator John McCain, Republican senator of Arizona, when he was accused of improperly meeting with federal bank regulators as a favor for a political donor. Mr. McCain was ultimately exonerated.

In December, Mr. Dowd found himself apologizing to the White House for composing a tweet that the president posted suggesting Mr. Trump knew his former national security adviser, Michael T. Flynn, had lied to the F.B.I. when the president asked the bureau’s director at the time to drop the case against Mr. Flynn. The poorly worded tweet came a day after Mr. Flynn pleaded guilty to lying to the F.B.I. and agreed to cooperate with the special counsel investigation.