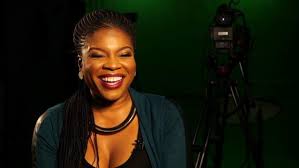 Nigerian movie producer, Kemi Adetiba, is excited and can’t contain her joy as her latest movie, King of Boys, has reportedly grossed N200 million in 7 weeks.

Since its release on October 26, 2018, the movie has surpassed all records broken by her previous movie – ‘Wedding Party’, and could be on its way to equal the record set by Marvel’s ‘Black Panther’.

Starring Sola Sobowale, Adesua Etomi, Jide Kosoko, Illbliss, Reminisce and Osas Ajibade amongst others, King of Boys mirrors the life of a successful businesswoman, Eniola, who is loved and feared by many, and had a bright political future. However, she is drawn into a power tussle which puts at risk everything she holds dear.

“If you know the journey it took to get here, you’ll understand why I’m emotional right now. God.Is.The.Greatest!!! #Hardwork. Congratulations to the cast, the crew and everyone that has shown us goodwill!!!”.

If you know the journey it took to get here, you'll understand why I'm emotional right now. God. Is. The. Greatest!!! #Hardwork #Consistency #GraceOfGod #KOBFEVER #KOBSeason #KOBStillNumberOne Congratulations to the cast, the crew and everyone that has shown us goodwill!!!