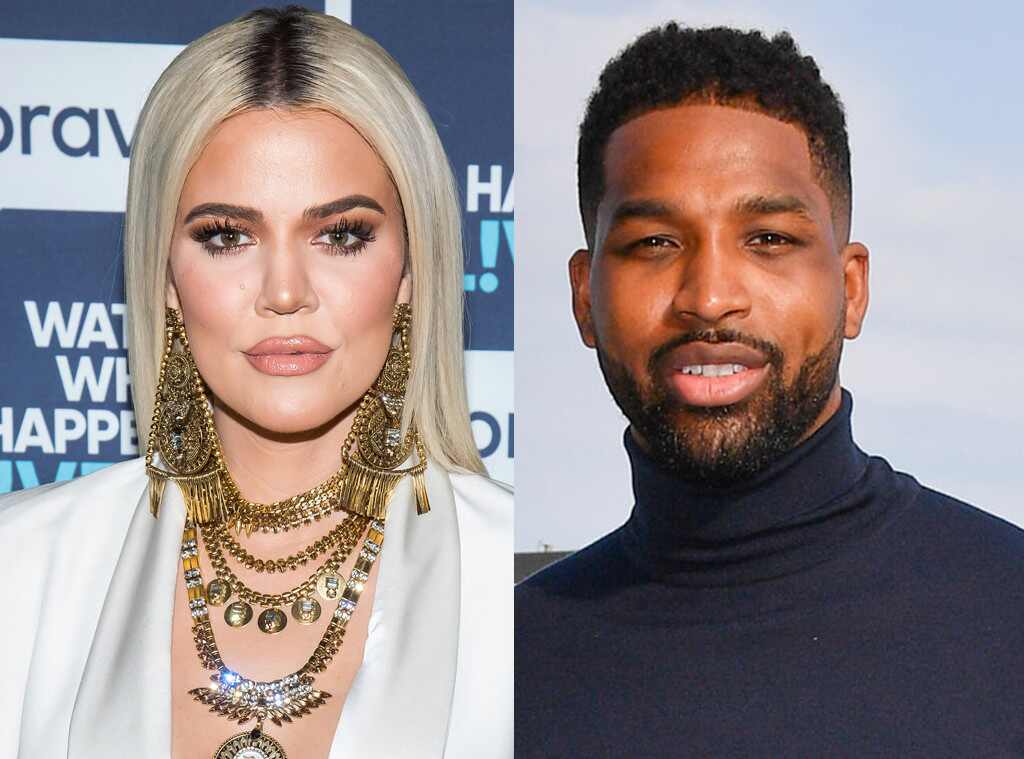 Khloe Kardashian is speaking her truth.

Yesterday, reports spread that Jordan Craig had experienced “complications” during her pregnancy with Tristan Thompson‘s first child that she claimed were from stress over rumors he had cheated on her with Kardashian.

While the reality star has denied such claims in the past, she decided to set the record straight once again on Wednesday.

“I’m disappointed that I even feel the need to post this but…I need to say my truth,” Kardashian wrote in an Instagram Stories post. “Take it as you will.”

The Good American head then explained how her relationship with her now-ex unfolded.

“My truth is: I met Tristan because HE CHOSE to go on a blind date with me,” Kardashian continued. “A mutual friend set us up. After going on some dates, Tristan told me that he had an ex that was pregnant. Obviously, I was reluctant about us continuing to date or start a relationship.”

She also described the lengths Thompson went to in order to show her that he was single.

“He pleaded with me that the relationship was over long before we met,” she wrote. “He had me talk with his most inner circle. He showed my physical proof (correspondence between the two) and had me on calls with his lawyers to prove his point. His best friends, business associates and even his mother told me, him and his ex were broken up before we met.”

The Keeping Up With the Kardashians star then insisted that this was her truth and apologized if any of Thompson’s claims were false.

“This is my truth! The truth I believed and trusted,” she added. “If for any reason this is NOT in fact the truth, I am so completely and utterly sorry that TRISTAN and his inner circle would lie on something like this! I pray my truth is in-fact that. Lord knows I pray but now, I really don’t know what to believe. Truthfully, from the deepest parts of my soul I am sorry! I’m sorry for any pain that has been created either way. No woman deserves to go through anything like this! This is MY TRUTH.”

Thompson would then welcome a baby girl, True Thompson, with Kardashian in April 2018. However, just days before the birth, Thompson was accused of cheating on Kardashian. He then made headlines over another cheating scandal involving Jordyn Woods earlier this year. Kardashian and Thompson have since ended their relationship. 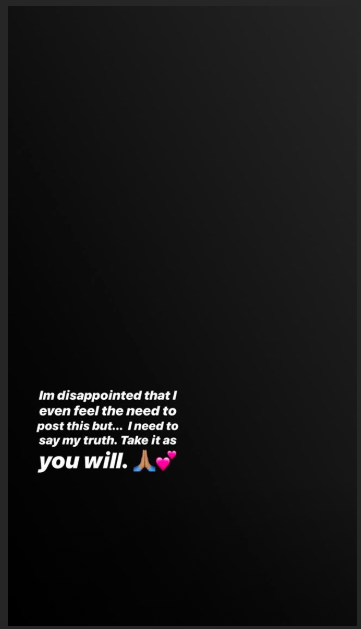 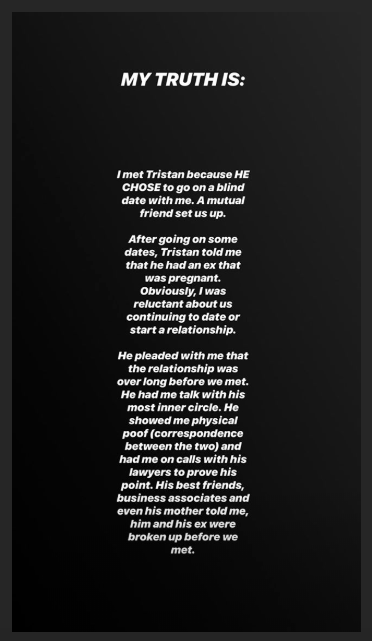 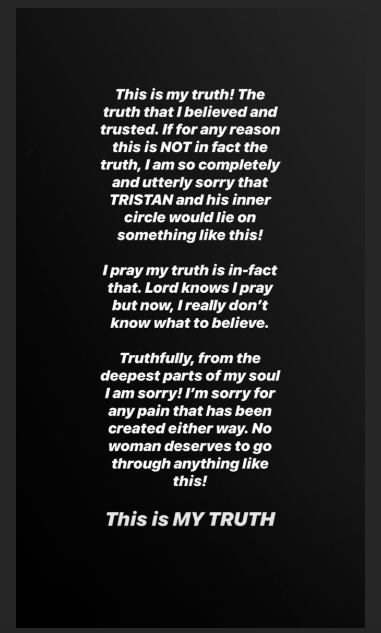