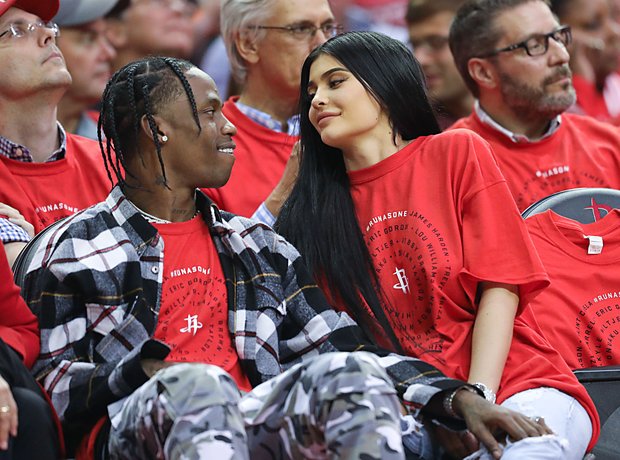 Kylie Jenner and Travis Scott are still “madly in love” with each other, according to E! News.

One day after Stormi Webster turned 3 years old, an insider told E! News her parents Kylie Jenner and Travis Scott are open to reconciling in the future. The Keeping Up With the Kardashians star and “goosebumps” rapper still have deep feelings for each other.

A source close to the former couple exclusively told E!, “Kylie and Travis are still madly in love. You can tell every time they are together that there is a lot of love there. Both of their faces light up when they are together and both seem very happy.”

The source explains that the pair have been “amazing co-parents” and are following a “great routine.”

But that brings us to a more pressing question: Are they getting back together?

It hasn’t happened yet, though the insider adds, “Kylie and Travis spend a lot of time together with Stormi as a family and aren’t ruling out getting back together. They aren’t putting pressure on the relationship right now.”

It’s also important to note that neither Kylie nor Travis are seeing other people “at this moment,” paving the way for future possibilities.

The stars called it quits in the fall of 2019, more than a year after Stormi was born. By the time her second birthday rolled around in February 2020, the exes were “closer than ever” but not officially back together. Bob Levey/Getty Images

A year after the breakup, they were said to be navigating their roles as parents, apart. “They aren’t together romantically and are doing their own thing,” we learned at the time.

Throughout the pandemic, they proved they still show up for each other in big ways. For example, in December, Kylie and Stormi took her private jet to Houston, Texas, to support Travis’ charity event before Christmas.

To celebrate his daughter’s 3rd birthday yesterday, Travis wrote a little poem on the ‘gram, saying, “3 is bigger than 2/ 3 more years of love that’s true/ 3 more inches u might have grew/ 3 more years a lot to dooo!!!/ 3 more TIMES I LOVE UUUUUU.” He added, “Happy bday to my Lil storm storm.”

Not to be outdone, Kylie threw her baby the third annual “Stormi World” party, treating her family to a giant candy bar, natch. And last week, Kim, Khloe and Kourtney Kardashian all joined the mother-daughter duo for a destination birthday bash in Turks and Caicos.