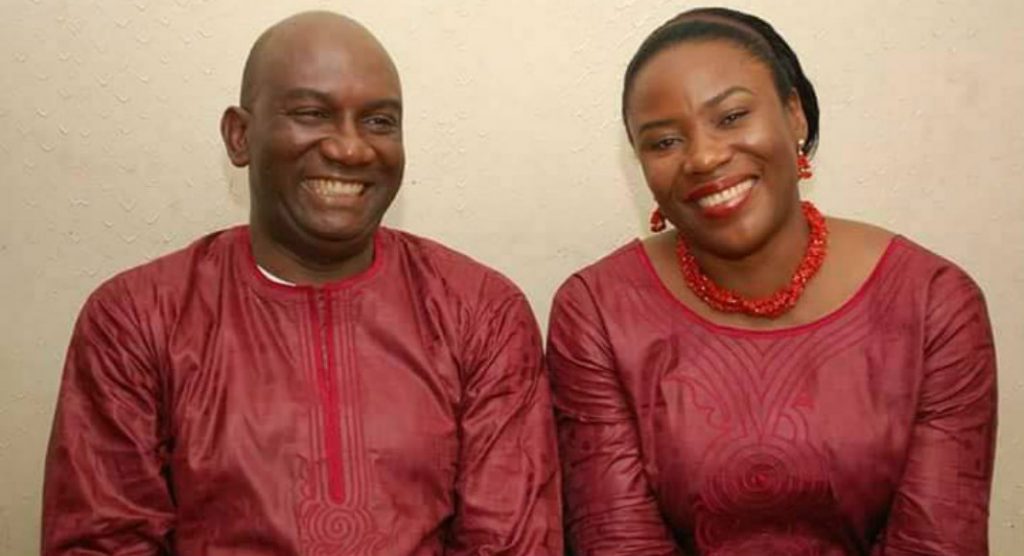 Symphorosa Otike-Odibi, the 50 year-old lawyer who was allegedly stabbed to death by his wife, Udeme, also a lawyer, was found on his matrimonial bed with his genitals and intestines cut off.

Two siblings of the lawyer and his friend gave the graphic details in testimonies before the court on Monday.

Udeme Otike-Odibi, a 48-year-old lawyer, was on June 13, arraigned by the Lagos State Government on a two-count charge of murder and misconduct with regard to a corpse before an Igbosere High Court in Lagos.

She pleaded not guilty and was remanded in Kirikiri Prison.

At the resumed hearing of the case on Monday, Symphorosa’s friend and neighbour, Mr Stanley Grange-Koko, was led in evidence by the Attorney-General of Lagos State, Mr Adeniji Kazeem (SAN).

He told the court how the deceased’s younger sister, Dr Anwuli Akwukwuma, called him at 2.00am on May 2, to go to the deceased’s (Symphorosa) house and check what was happening.

Grange-Koko said he rushed out of his car but could not gain access to the compound because no one answered when he knocked the gate and called out the deceased’s name several times.

Grange-Koko said he went back to his house but rushed back to the deceased’s house the second time when Akwukwuma called him back.

“Dr Akwukwuma called me back and said I should go back to the deceased house because it seems life is involved.

“At this point, I went with my wife, also called the estate security men, we had to climb the fence into the deceased compound.

“We also broke down the front door to gain access to the house because no one answered our several knocks,” he said.

Grange-Koko said that he ran upstairs and saw blood on the floor, adding that he followed the blood trail to the bathroom and to the deceased room.

He said both he and the security men had to break the door to the deceased’s room.

“I saw the deceased lying on his bed with his wife (the defendant) lying beside him and there was blood everywhere.

“The deceased intestines were outside, I ran out and met the deceased sister coming up to the room, I tried to stop her from entering the room but she ran past me and entered,” Grange-Koko said.

He said the deceased sister ran out of the room shouting that her brother was dead but the defendant was breathing.

Grange-Koko said the defendant was however taken to hospital for further valuation.

After Grange-Koko’s evidence, the second witness, Dr Akwukwuma was called.

She narrated exactly what Grange-Koko had told the court but added that she called Grange-Koko because he was living in the same estate with the deceased and was a family friend to the deceased.

Akwukwuma also added that she got the information about the problem through her mother whom the deceased called earlier to complain that his wife was hitting him and had a knife.

She added “when I got to the deceased house and saw him lying on his bed with his intestines out, I checked him and saw that he was already cold and stretched out.

“I noticed that he had died for hours and he was holding something in his arm but I couldn’t see what it was because he was already stiff.

“The police told me that it was his genitals that he was holding and asked me if there was another person in the room when I got there, I answered no,” Akwukwuma narrated.

The prosecutor also called a third witness, a younger brother to the deceased, Mr Andrew Otike-Odibi, who narrated the same story.

The News Agency of Nigeria (NAN) reports that the prosecutor had during arraignment told the court that the Udeme committed the offences on May 3, at Diamond Estate, Sangotedo, Lekki, Lagos.

He said that Udeme stabbed her husband and mutilated his corpse by cutting his genitals.