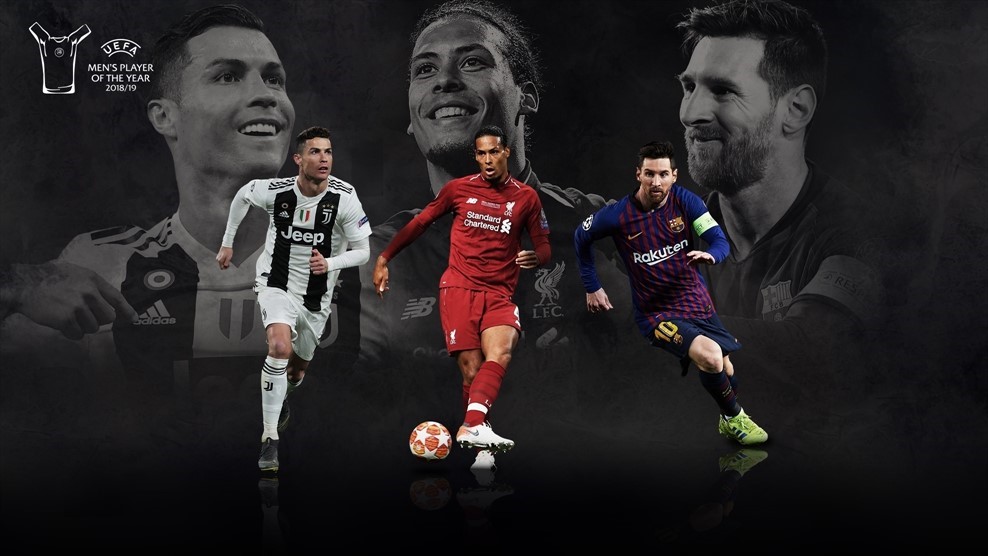 The UEFA Men’s Player of the Year shortlist has been released with Virgil van Dijk ready to battle Lionel Messi and Cristiano Ronaldo for the award.

Liverpool defender, Van Dijk, 28, was shortlisted for the award after playing an influential role as they won the Champions League and UEFA Super Cup. He also helped his team finish second place in the Premier League and reached the UEFA Nations League final with Holland earlier in the summer, where they were beaten by Portugal.

Lionel Messi finished top goalscorer in the Champions League and picked up the European Golden Shoe, as well as winning his 10th La Liga title with Barcelona.

For Cristiano Ronaldo, he claimed his first Serie A title with Juventus following his £100m move from Real Madrid, where he scored 28 goals in his first season in Italy. He also led Portugal to Nations League glory, where he was named top scorer at the finals.