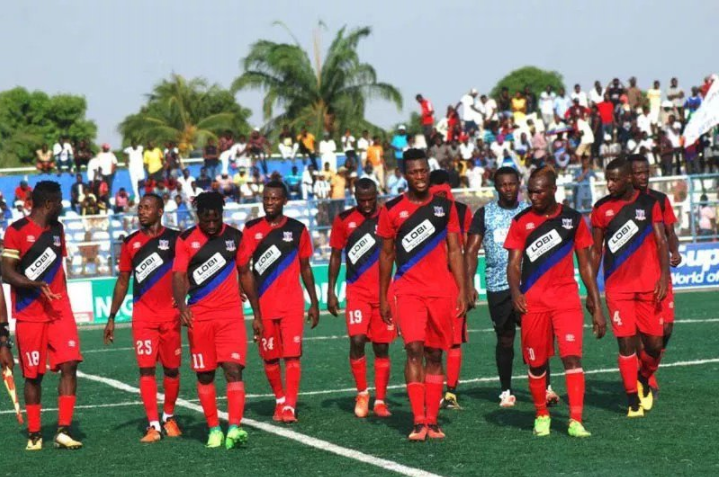 Lobi Stars on Tuesday emerged champions of the NFF Super Cup courtesy of a 1-0 victory over 10-man Enugu Rangers at the Stephen Keshi Stadium.

Samad Kadiri netted the only goal of the game late in the first half. Kadiri capitalised on Okey Odita’s error in the 45th minute to put the Pride of Benue in front. Lobi almost doubled their lead within seconds of the restart but Rangers goalie Nana Bonsu denied Ezekiel Mba.

With nine minutes left on the clock, the Flying Antelopes were down to 10 men after Solomon Okpako received a second booking for a challenge on Sikiru Alimi.

There was a well-worked opportunity for Lobi to make the numerical advantage count but it was spurned by Yaya Kone. Kadiri did well to find the Ivorian in a world of his own but he blazed over the bar after his initial attempt was saved by goalkeeper Bonsu.

It was almost an icing on Lobi’s cake in injury time as Kwambe Solomon’s incisive cross was met by an improvised header by Kadri but the effort went just wide.