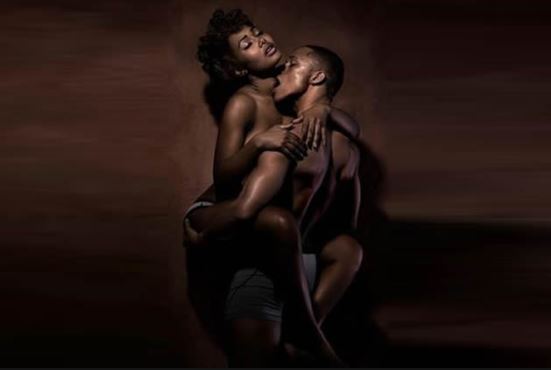 Ibro is not a beautiful man. He walks about with a limp, has thick lips, is dark as midnight and his eyes pop out of his skull. He carries his hair in a tousled afro, and this combined with all of his other qualities gives him the look of a stray cat.

So why am I in love with him?

It is not as if he holds a candle to Jibrin, but one hot summer’s afternoon I saw Ibro walk about in shorts, the thing between his legs swinging about like a chandelier, and I knew I must have him.

The way the muscles on his chest rippled with strength, the way the sun reflected off his black skin, reminded me of a lathering horse.

And a horse was what Ibrahim was, a horse that would never gallop as it should.

The estate we lived in was seldom noisy and so it was a welcome scenario for me every time the Jehovah’s witnesses came about with their shenanigans. Me, a budding Muslim wife, going about my daily business, tending to my garden and making sure the helps did as they should. This is not a story about how I didn’t love Jibrin and so went on a f**king spree with my neighbor, Ibrahim. It is not one of them stories where I belittle and emasculate Jibrin and raise Ibrahim up on a pedestal so all can see him and marvel. It is a simple story about a simple woman, me, who had an urge that needed scratching.

When the bible thumping witnesses stood in front of my gates that morning, I wondered how long before Jibrin comes back from Mecca. Since the year we got married, we would observe the Hadjj every year, the Muslim pilgrimage. And since his unavailability, these witnesses had grown bolder. The mere sight of Jibrin praying every morning on our front porch was enough to always scare them aware.

One fine morning, as I watered my tomatoes, I noticed they gathered again. They were led by a man with a stick. His voice stood out loudest and he thumped his bible hard as though the scripture would ever attempt to escape. This rangy fellow caught my attention because of his candor, and the aura he had, grey beards peppering his chin, like the leader of a cult.

With every, “PRAISE MASTER JESUS!!!” that he boomed, the witnesses in tow boom, “HALLLELUJAH!”

I felt my pulse race when he locked eyes with me, held it, and started speaking to me.

“JESUS IS THE ONLY WAY TO JANNAH!!!!!”, he boomed, pointing sternly at me.

I quickly packed my kettles and my fertilizers, and I hurried into the house. But I was curious about that loud mouthed fellow who had the guts to address the wife of an Imam in such manner.

Few days later, I heard a polite knock on my door. The help comes to tell me that it is the neighbor who is at the door. The only neighbor I know is Ibrahim, and what would give a Jehovah’s Witness the nerve to visit the house of an Imam.

Soon as I saw him, I was captivated by the way he looked at me. I could see hunger in his eyes but I kept wondering what he was hungry for. I remember sighting him from my room’s window the other day, as my house looks down into his. As he drew water from the well, the thing between his legs dangled graciously- might as well have used it as rope to draw the water up. The thoughts came into my head and I repressed them. An imam’s wife must always be of utmost morality, this is the path of Allah.

I led him to the sitting room, and he took his seat without ever taking his gaze from me. I could feel my toes wobble about, a declaration of how nervous I felt inside me. I wrapped my saree about me, holding it tight as though it was what would cage me, protect me from this beast.

When he spoke his voice was a cold baritone, the type of voice that continues to ring in your head after the speaker has spoken.

“You shouldn’t have come here,” was what I replied. In my ears, I heard how shrilly my voice came out and I hated it immediately. “Why did you come here?”

“I think we both know the answer to that”

My heart began to beat fast fast. What did he mean by that? Did he somehow know that I saw him the other day and have longed…

“What do you mean?” I asked, shifting nervously in my seat.

“I am here to make you receive Christ as your personal lord and savior.”

“ooooooh,” I said. He sprang up, and he came over to where I was sitting. Then he squatted low, and he began to speak. He spoke about God, and Jesus, and how Jesus was sent by God to save and to deliver this sinful world from itself. On one end of his lower lip I spotted a fever blister, expanding and contracting while he spoke.

I wanted to reach out and pinch it off his face, to soothe him afterwards. He kept talking and talking but my heart wasn’t in what he was saying as there was no way my faith in Allah could ever be wavered because of this all so passionate man. I longed for him to direct the passion that he currently displayed elsewhere, to somewhere between my legs.

When he finished, he prayed over me, and I saw him off to the door.

That night I was restless.  I was a woman in her late thirties, with my curvy body still as tight as a woman in her teens, and I yearned for Ibrahim’s touch. I remember asking him why he was called Ibrahim and him saying to me, in that rich northern tone of his,

“Hajia, not all northerners are Muslims.”

I wore a negligee to bed, and right before I closed my eyes to sleep, I imagine Ibrahim on me, his breath in my face and his fingers working magic between my legs. I could feel the most secret parts of me grow wet with desire, and a special type of need, to feel his d**k inside me.

I took my fingers between my legs and tenderly, I rubbed on my clitoris till I could feel myself getting wetter and wetter.

I wanted him, wanted this man to f**k my lust away. I checked my bedside clock and the time was just a little after ten. What would he think of me, the wife of the imam, went to see him that late?

I didn’t care. I tiptoed out of the house and found my way to his house. The gate wasn’t locked yet, so I imagined that he was still up. I kept wondering about how this was the wrong thing to do, and how I should go back home. But he came to my house unannounced and here I was, only returning the favor.

He had no security lights on, and I slipped through the blackness to his front door like a thief.

When I knocked, and he opened, and he saw the flimsy gown I wore, his mouth came apart in confusion. He was shirtless, not holding his walking stick. I could see the outline of his giant member, and I imagine what holding it, feeling it throb in my grasp must feel like. So I said,

“Ibrahim, can I come in?” I parted my robe slightly so that he saw, clearly, the outline of my breasts. His lips quivered, and I could see that he was struggling for the right answer to give me.

“Don’t you want all of this yummy goodness?” I asked with a teasing, welcoming smile; pulling my robe more apart, the light from his house shining on my skin, highlighting my silky perfections.

“GO HOME!” He said curtly, before shutting his door in my face.

I had never felt so humiliated in my entire life. I wanted for the ground to open and I die immediately. I hurried, walked down his porch and kept cursing myself for coming to this man’s house.

Just when I was about to open his gate and flee, I felt his hand on my shoulder.

He pulled me to him and planted a quick, deep, wet kiss on me, before grabbing my breasts, cupping it fully, through my robe. I kissed him back hungrily, arching my back into him when he pressed into me. There and then, with the moon watching us, I knew he was going to f**k me. I quickly grabbed his dick, feeling it hard against my soft palm. The knob of his dick was as thick as a pestle, and I salivated at the prospect of him hammering me.

And with the eagerness of a student, I obeyed,

My twat was dripping wet, and all puckered up to accept him. He was going to f**k me there, by his gate, the world outside us black and ignorant of the sin that we were committing. I arched my back, my hands flat on the wall of the gate, and I spread my legs apart anticipating his dick. But it was his tongue, it was the tip of his tongue I felt gently poking at my warm, wet, snatch. I trembled.

He came up to me now, his breathe hard on my neck, like a feral animal, and he attacked my jugular with his lips fresh off tasting my wetness.

These were the words he said, before in one precise movement, he shoved his dick up and into my pussy.

It was unlike anything I had ever had, expected, or imagined. I gasped with each thrust, and every time that he came into me deep, it was as though old barriers of my pussy had been broken down and new walls realized. He f**ked me like that, my night wear up above my bum, and him entering me from behind. I touched my toes, to allow for a better angle, and he grabbed my waist and fucked my like there was gold to win when he was done.

Harder and harder he went, and higher and higher the pitch of my moaning rose. I was sure that this taboo if not witnessed, must have been heard.

When he was done, when he released deep inside of me, he asked me, held my neck and led me, to his d**k.

“Now get up, and leave my house.” When I got up and tried to adjust my clothes, he said, “no, don’t. I want to see your butt as you leave.”

He was humiliating me, treating me without regard or respect, and I liked it.

When I got home that night, it helped that I had his scent all over me, because I played with myself again, hearing his voice in my head, and then I went to sleep.