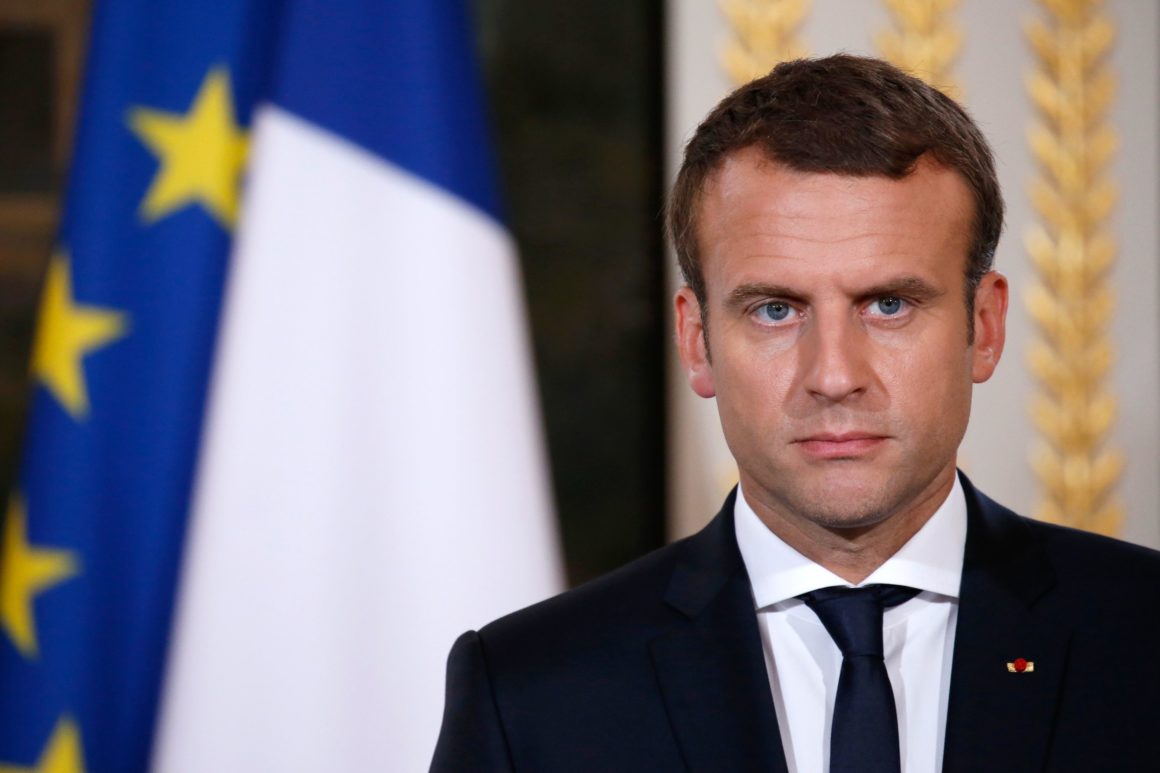 Macron will  become the first “real president” to enter the club synonymous with marijuana smoke, sexy backup dancers and protest music. And he is not a stranger to Nigeria. He trained as a senior civil servant at the French Embassy in Lagos in 2004, seven years after Fela died.

The  Afrika Shrine located in the teeming Lagos district of Ikeja replaced Fela Kuti’s original club that burnt down in 1977, but for millions of fans it still represents the original Shrine built by the musical maverick.

“The Shrine is a must-see place,” said Olivier Laouchez, the head of the TRACE media and entertainment group and organiser of the event Macron will attend, adding that Lagos is “Africa’s cultural capital”.

The evening will feature concerts, fashion shows by leading African designers and a meeting with stars from Nigeria’s booming Nollywood film industry.

Lagos is also giving Johannesburg — the other African cultural hotspot — a run for its money in the art world with its annual Art X event.

“There is clearly something abuzz in Lagos, with auctions mushrooming, and this will explode,” said contemporary art specialist Marie-Cecile Zinsou, who is based in neighbouring Benin.

“The idea is to show the richness and diversity of African cultures,” said Laouchez.

“Europe does not know Africa or at least its cultural dimension.”

Macron, who is visiting the Mauritanian capital Nouakchott to attend an African Union summit on Sunday, will go on to Nigeria’s capital Abuja for talks with his counterpart Muhammadu Buhari on security and terrorism, before coming to Lagos, a vibrant megapolis of 20 million people.

Fela Anikulapo Kuti came from a patrician Nigerian family whose pioneering music and quest for social justice made him an international star and the bugbear of Nigeria’s former military rulers. Fela died on 2 August 1997. He was 59 years old.

Called the “black president” by adoring fans, Fela Kuti’s trademark style, christened Afrobeat, featured songs in his native Yoruba and pidgin and were searing indictments of corruption and incompetence.

Ibrahim Tcha-Tchere, a veteran employee of the Alliance Francaise cultural institute in Lagos, said Macron’s visit was fitting given that “France has always had great cultural cooperation with Nigeria.

“It was the French who organised Fela’s first European tour in 1981,” he said.

“Then his sons Femi and Seun launched their international careers in France.”

The shrine is a big hall, painted brown and yellow, with patterns of green, red and black, suggesting African symbolism.

Laouchez joked that organising the event was no cakewalk, saying: “It requires great organisation because there are frequent power cuts and you have to ensure that the ceiling fans do not fall on the heads of guests… but it’s exciting.”

“Musically speaking, the new Nigerian Afrobeat movement is global,” he added, pointing to stars such as Davido, Wizkid and Mr Eazi.

Maryam Sanda wails, attempts to flee after court sentenced her to death by hanging for killing her husband