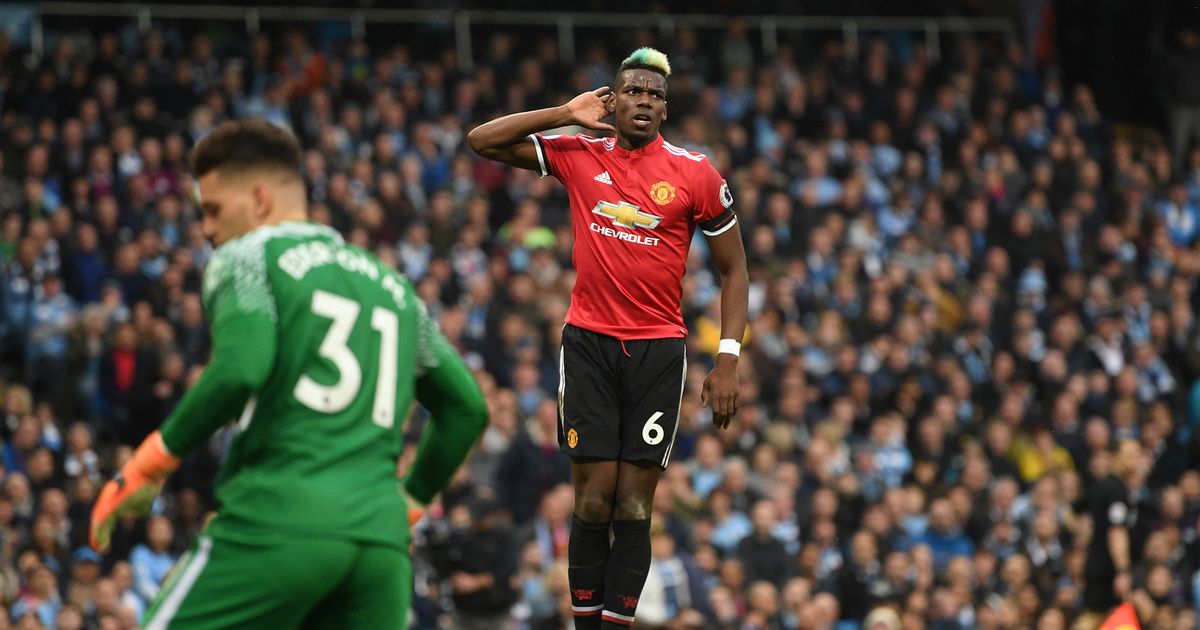 Manchester united this evening came back from a 2 nill first half set back to beat city rival Manchester city 2-3 in the Manchester derby. The Jose Mourihno side attained this feat through an awesome second half performance with french midfider and record signing Paul Pogba scoring a brace. City skiipper Victor Kompany had earlier opened scoring for the home side with Ilkay Gundogan getting the second. Defender Chris Smalling also got on the score sheet in the thrilling encounter.