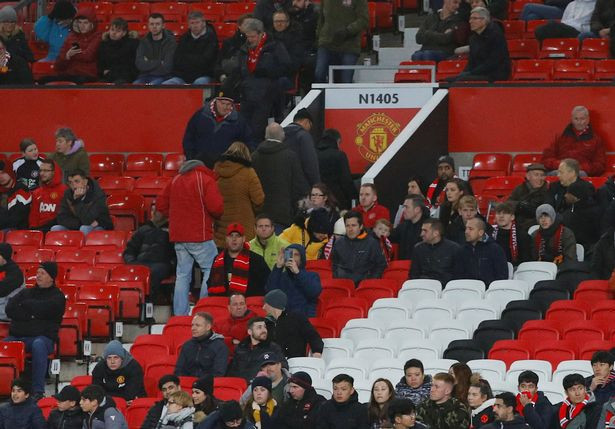 Manchester United fans are planning to stage a mass walk out of Old Trafford stadium on the 1st of February as their dismay and anger towards owners, the Glazer family and club Chief Executive Ed Woodward, has reached a ‘point of no return.’

A lack of credible investment in players, lack of winning premier league titles and bad finishes since legendary coach Alex Ferguson retired in 2013 plus reports that the club is haggling on fees for signing new players despite the club’s lack of quality players over the pitch, has led the fans to decide to take matters in their hands and do a massive walk out.

The fans behind the move plan to walk out of the stadium in the 58th minute against Wolves on February 1 according to a new report by The Mirror UK.

The 58th minute symbolises the remembrance of the Munich air disaster of 1958 and the walk out is designed to have maximum effect this time.

Fans walked out of the stadium on Wednesday following the miserly 2-0 defeat at home to Burnley and fans could be heard chanting against the club’s owners, the Glazers and Ed Woodward with one fan calling for Woodward’s head to be hanged.

Fans believe that the club has refused to back Solksjaer in the transfer window by signing top notch players despite making profit from shirt and merchandise sales off the pitch.

The Glazers have been despised by United fans ever since their takeover of the club in 2005, with the US owners having taken an estimated £1billion out of the club since then.