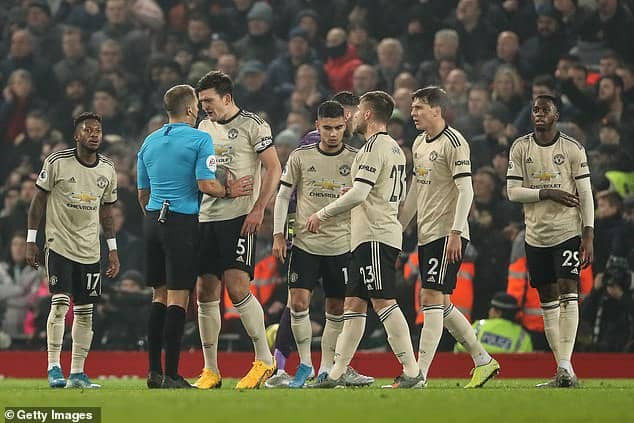 Manchester United have been hit with a £20,000 fine due to their players’ conduct during their 2 – 0 Premier League defeat to Liverpool on Sunday, January 19.

In a statement released today, the FA said: ‘Manchester United FC has been fined £20,000 after admitting a breach of FA Rule E20 and accepting the standard penalty.

‘The club failed to ensure its players conducted themselves in an orderly fashion during the 26th minute of a Premier League fixture against Liverpool FC on 19 January 2020.’