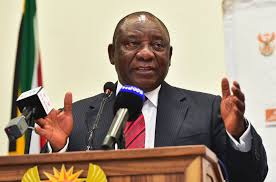 President Cyril Ramaphosa of South Africa says he will donate half of his salary towards a soon-to-be established fund that will be launched on July 18 – the posthumous birthday of former President Nelson Mandela.

South African Government News Agency reports that Ramaphosa made the announcement during a debate on the presidency’s budget vote in the national assembly on Wednesday.

According to him, the fund will be called the Nelson Mandela Thuma Mina Fund, and will be used to support nation building projects.

“I have, and this is a private initiative, decided to contribute half of my presidential salary to a fund that will be managed by the Nelson Mandela Fund,” he said in his speech.

“This is a private, citizen-driven initiative that will ask all of those with the means to contribute a small portion of their salaries to support the many projects to build the nation.

The president also called for patriotism among citizens, telling them to put their differences aside and work together to build the nation.

“It is a spirit that has moved us to put our wars behind us, to cast aside our differences and to forge a new nation together.

“It is the spirit that moved us to put our wars behind us, to cast aside our differences and to forge a nation of equals.

“By working together, by drawing on all our resources and capabilities, by embracing that which unites us and confronting that which divides us, I have no doubt that we will reach our destination.”