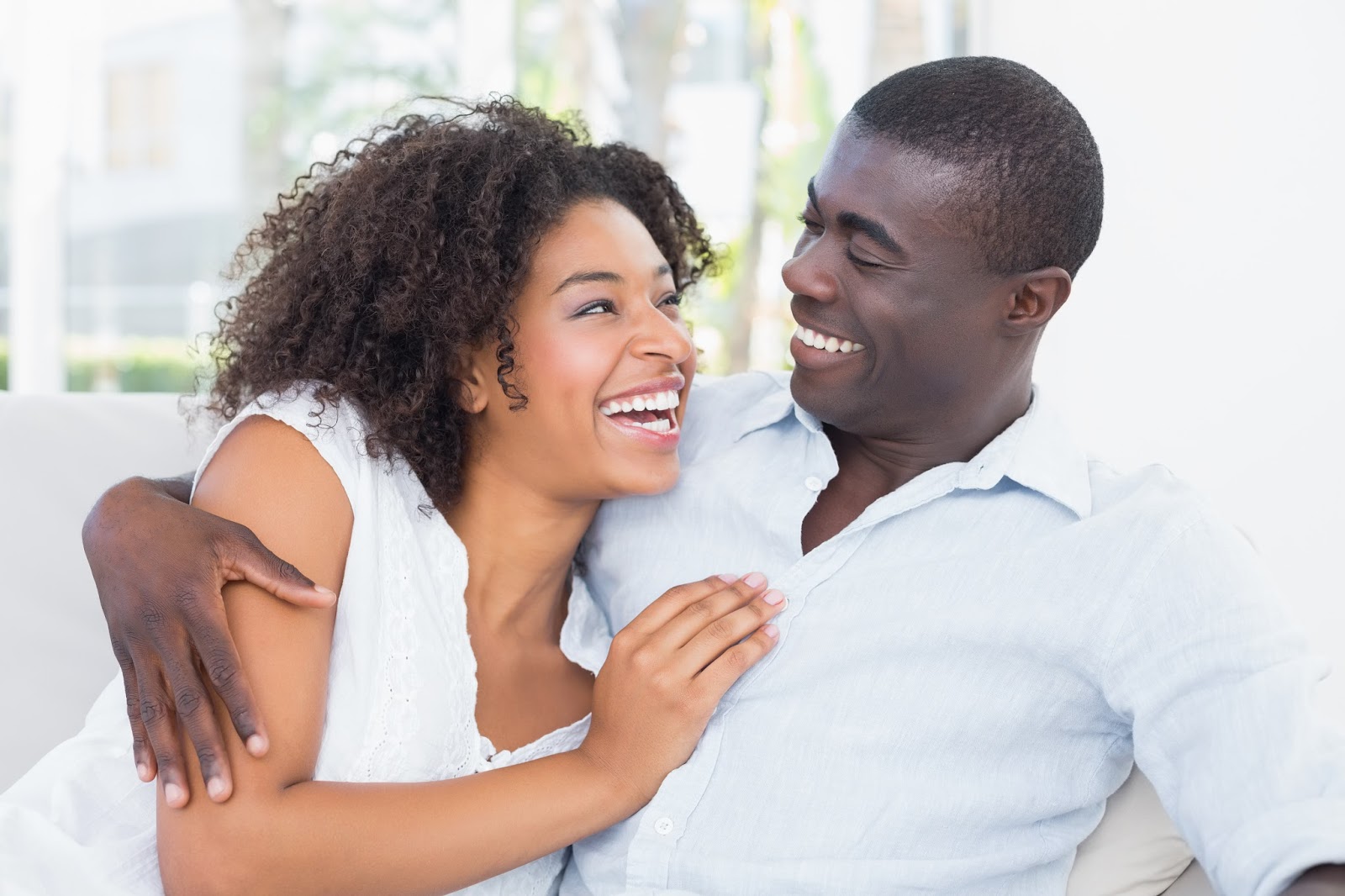 It was near dusk when we arrived, the sun just kissing the horizon, its sepia tone illuminating the front porch to Hafsat’s house.

I stood beside her, a pair of Gucci travel boxes in my hands.

I could tell she was nervous; whenever Hafsat was nervous she wouldn’t stay still, she would stomp her feet, bite her nails, pat her hair, anything to ease the tension in her.

So I released the luggage from my grip and then I held her, lacing my fingers through hers.

“But what if they don’t like you?”, she asked, her eyes scanning my face.

We remained that way, her hands in mine, for a beat before she unanchored herself from me and pressed the doorbell.

Her scent lingered; a generous blend of apple, roses, and hair unwashed for days. Hafsat, with her firm jaw, close-set eyes, lithe athletic figure, and ebony black skin had decided that I was worth the trouble, choosing to date me over the flock of men that bothered her.

I was more than satisfied with her, knowing deep in my chest that I was genuinely blessed.

The lady at the door was obviously a maid. She was portly, with an apron about her waist, a broom in her hand, and a toque on her head. She shrieked in shock and then the broom dropped to the ground.

“Hafsat!”, she said, her voice rife with cackle. She flung herself at Hafsat, throwing her slightly off balance.

I watched their exchange interestedly, wondering about the relationship between them, excited about how much ardor this Husana, it seemed, was packing for my Hafsat.

“Have you greeted Yusuf?” Hafsat asked the lady when she was at last free from her hold.

“Ooooooh,” Husana moaned, “he is the Yusuf?”

They exchanged a mischievous look, before Husana shyly, said,

Taking it, I noticed at once that it was surprisingly smooth and soft, quite unlike the archetypal maid.

She took our luggage happily, all smiles as she rolled them into the house.

Hafsat took my hand in hers, and then we stepped in.

I had always known Hafsat was rich; I could tell from her tone, her accessories,  and her manner.

But inside her house, I was immediately introduced to the stinking reality of the wealth she was from.

It was a Gothic styled mansion;lights aplenty, pillars finished in gold, expensive looking paintings and murals, a long, spiraling staircase.

It was at the top of this staircase, the one which landed in the space just inside the house, that her parents stood.

“Oh Hafsat!”, her mother screamed, taking the steps in twos as she came.

I remember thinking what an energetic woman she seemed, her gown flying about as she came.

And then Hafsat left my side, walking in that way she did with just her toes touching the ground.

Their embrace was a beautiful thing to watch, they held themselves, feeling, as though they both were trying to remember what the other person was like.

“Mummy you remember I told you about Yusuf, don’t you?”, said Hafsat when they finally broke it off.

“Oooh yees,” the mother said, a glitter in her eyes, “Yusuuuf, how are you?”

“Fine thank you, Ma,” I replied, standing taller, an automatic grin on my face.

I extended a hand, which the woman declined, instead proceeding to hug me, tight.

“And who are my eyes seeing?”, came the voice from the top of the stairway.

He walked with a regal grace, his hands in the pockets of his blue kaftan.

From the first time I saw Hafsat’s father, I knew there was something remarkably peculiar about him.

If the sprinkle of grey on his full head of hair gave him the look of a sage, his full beard emphasized it.

He had this aura, raw untamed power mixed with something that was delicate and nice, like a bolt of lightening in a cloudless sky.

When he got to the bottom of the stairs he took my hand in his, shaking it firmly,  an unforgettable smile stretching his lips, his gaze never leaving mine.

“Daddy, meet Yusuf,” I heard Hafsat say, to which he replied, “we all know who he is my darling,  we all know.”

I grew to love Hafsat’s family. I liked to be around for supper because that was when Daddy(the name we all called Hafsat’s father), was in his full element.

I bet the dining room was bigger than my apartment.

Upon entering the room, you were immediately welcomed by the brilliant radiance of the chandelier which hung low in the middle of it.

There were big wooden cupboards either side, which held utensils of every kind.

Then there was the imposing table in the middle of everything, its marbled finishing an uninhibited declaration of opulence.

But the life of the party was always Hafsat’s father.

A brilliant man he was, he taught me everything that I knew about love and loving.

Old as he was, he would get on his knees and he would play the cello for his wife, his fingers deft, his voice raspy but melodious.

If death takes me a thousand times

Or I am hung for a million crimes

Every time, I would come again

You I would choose, again and again.

I would love you with every breath

I would love you, even in death.

There was something magical about the nights he played, the lights illuminating him, making his act quite a spectacle, the music soft and harmonious. It was deep, Hafsat and I knew, they shared something beyond what we could ever understand.

Tears would so often lace our eyes as we watched the show, and soon, we sang along whenever he sang.

I often wondered about the genesis of this so obvious,  so honest feeling, how one man could so adore his wife.

And Maryam would glow, her smile full and warm, her face a declaration of joy.

I always sat to his left, eager for every word that left his lips.

“Boy,” he would say, “you better treat my daughter well. Or I would come for you when you least expect it. You would be very wise to look out for me even in your dreams.”

I would laugh till there were tears in my eyes, and he would laugh with me, but in his brown eyes, the message remained clear as day; I love her, with everything in me. Protect her, boy, love her.

At the base of the stairs, just before you got into the visitors lounge, in a hollow in the walls, there sat a piano.

Over it hung a picture, covered with a clean white cloth.

The piano, the organic type, remained black and squeaky clean because Daddy wiped it every morning.

But he never played.

One morning,  a while before I had planned to leave, I watched him clean.

He wore a white jalabiya, his feet bare, his strong hands almost romantically cleaning the instrument.

“Daddy play it now?”, I asked him, but he just laughed reservedly, ignoring me.

It sparked my curiosity. I hurried up the stairs and then to Hafsat’s room.

She was cooped over her laptop when I entered the room.

“Hafsat,” I said, “what’s the deal with the piano downstairs?”

“Oh that,” she replied, her gaze still locked on her laptop, “he hasn’t played it since I was five. If you think he is good at playing the cello wait till you hear him play with that. It is heavenly. But Daddy wouldn’t play it since that time, and nobody knows why. He won’t let anyone play it, too…in case you are getting any ideas.”

She looked up at me then, beautiful as she was, her hair rolled into a net.

“None at all, babe,” I replied, “how about the picture. He pulls the cover up, looks at it, smiles,  then he replaces it. What is the deal with that?”

“Ohhhh”, Hafsat tittered, “that’s just a picture of him and Mama. He doesn’t want it to get old like they have, is what he says.”

I remained curious, something was off.

This story is the intellectual property of Creed International Comms Limited owners and Operators of TVCreed No one is authorized to write or rewrite,modify in any form post or repost any part of it in anyway copyrighted or other proprietary content without obtaining the written approval of TVCreed.