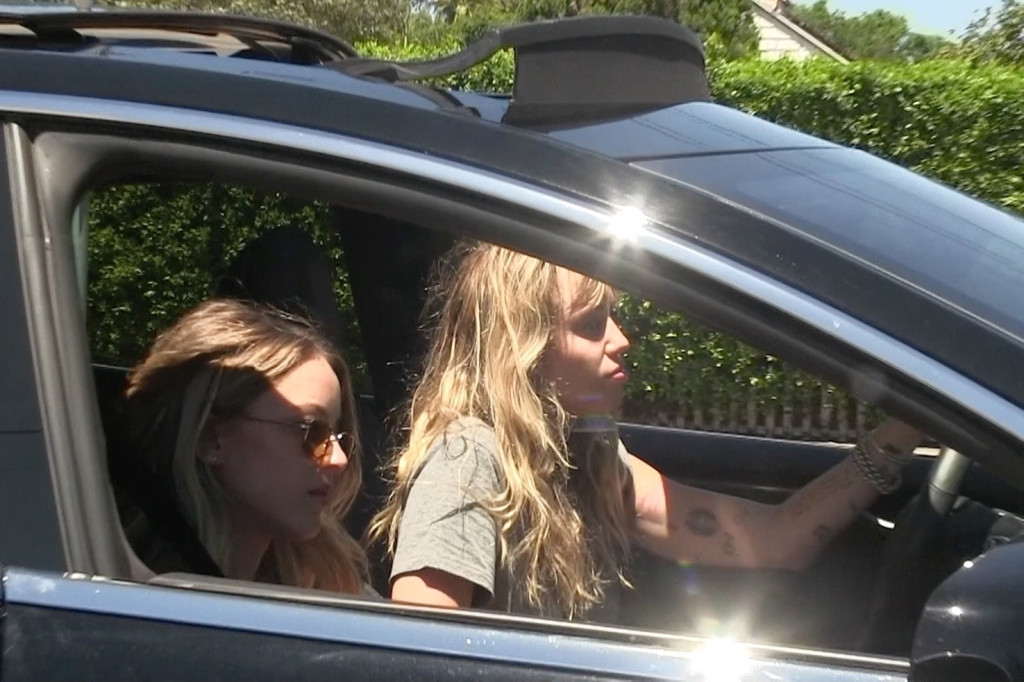 What happened in Italy didn’t stay in Italy.

Miley Cyrus and Kaitlynn Carter were spotted together in Los Angeles on Wednesday for the first time since photos of them kissing in Italy emerged.

Cyrus, 26, was spotted behind the wheel of a car as Carter, 30, chilled out in the passenger seat.

The two didn’t appear to pack on any PDA during their drive.

Cyrus recently separated from husband Liam Hemsworth, while Carter recently split from her “The Hills” co-star Brody Jenner. Neither woman has commented on the apparent romance, though the foursome often hung out together as friends in Malibu while the couples were still together, insiders previously told us.

Hemsworth, meanwhile, has been lying low in Australia with his family.

A Hemsworth pal previously told Page Six that Hemsworth was “devastated” by the photos of Cyrus and Carter making out.

“He was heartbroken and blindsided by those photos,” said the friend.

A separate source added, “They are still married and they really did love each other. She’s really immature and always has been.”

Jenner isn’t letting his breakup keep him down, as he was spotted partying in Las Vegas with two women.