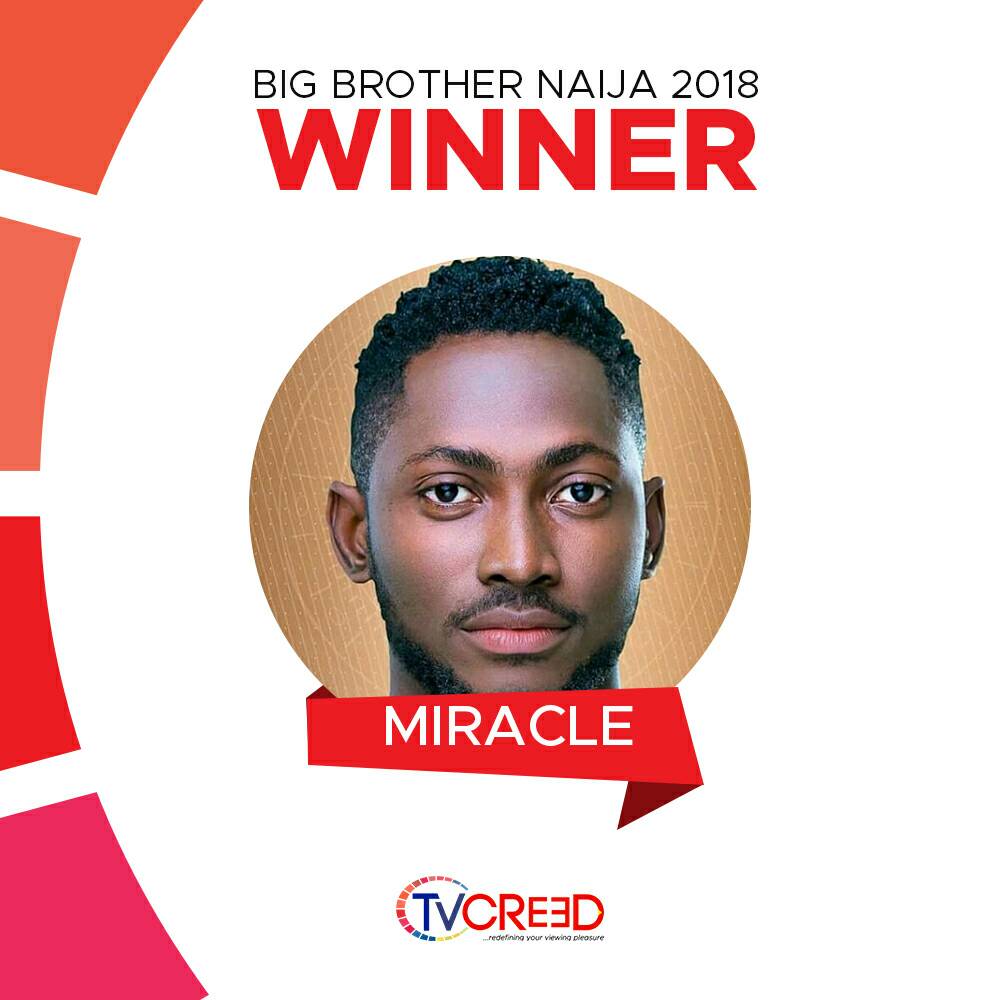 The show started on January 28.

The five finalists are Miracle, Cee-C, Tobi, Alex and Nina

Find below the percentage scores by each of the contestants.

Miracle, has been a lucky one in the contest as he won many of awards put up.

The lucky BBNiaja housemate, had earlier emerged winner of the season’s Payporte arena games challenge with a prize of N1 million.

He also won the Pepsi Challenge carting away the sum of 1 million naira.

Miracle won the cash in a contest with seven other housemates.

They were all instructed by BigBrother to pick a box each labelled 1- 10.

BigBrother, who presented the wager challenge as the simplest of the season, presented housemates with 10 suitcases with gift items in each of the boxes.

Housemates were given two minutes to pick and open a box of their choice using the pin code 777.

Miracle picked the box labelled number 2, which contained the money.