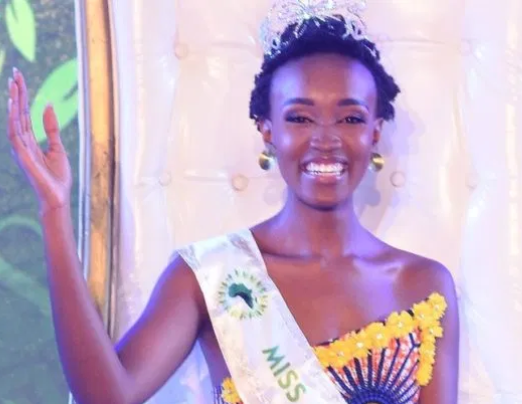 Mukii, who is a Mathematics and Computer Science student of the Jomo Kenyatta University of Agriculture and Technology, won the coveted crown in the early hours of Saturday, December 28th in Calabar.

She defeated 21 other contestants in a keenly contested competition which saw Miss Angola, Daniela Lopes, emerge as first runner up and Miss South Africa, Ethel Maimela as second runner up.

The Miss Africa Beauty Pageant holds annually in Calabar. It started in 2016 with 18 contestants from different African countries.