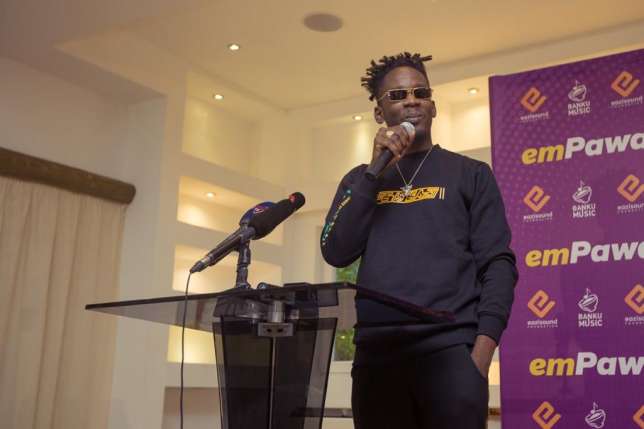 Mr Eazi on Tuesday launched his Empawa project to uplift emerging African artistes by mentoring and sponsoring their videos and music projects.

At an exclusive event  Mr Eazi gathered members of the press, label executives and talent managers, where he unveiled the inspiration behind his Empawa project and rolled out the timeline of events. At the launch, Mr Eazi brought to light what the project is about and the inspiration behind it and how artistes could benefit from it.

He said: “Basically people have funded videos for me. Like ‘Skin Tight’ for instance, I didn’t pay the full cost because my director funded it halfway and that has been happening since I came into the scene…I have been low-key helping people just like people helped me and this time I just said, let’s turn it into something.”

He said 100 upcoming artistes will be helped by the Empawa project for a start, while speaking on the criteria for selecting artistes, Mr Eazi said: “All emerging artistes need to do is put up great content on Instagram with the hashtag #Empawa100. It can be a video of you rapping or a video of you singing.”

When asked on the issue of continuity considering the financial cost of the project, the singer said he has partnered with BETPower, a mobile betting company.