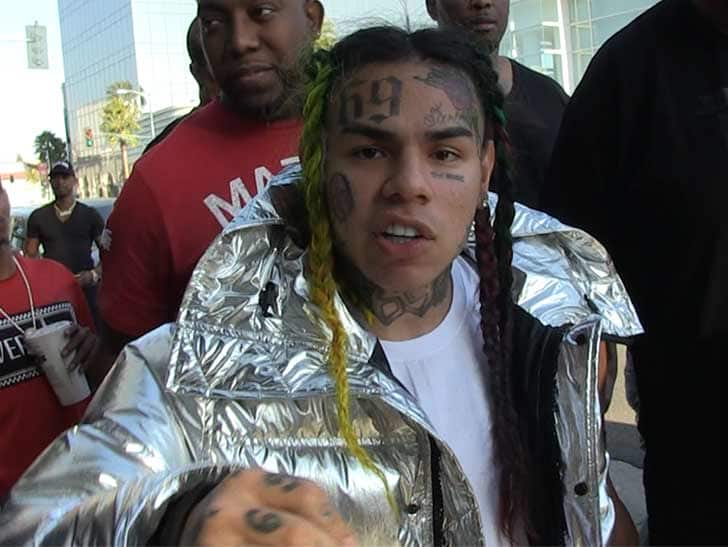 Tekashi 6ix9ine is involved in another shooting incident, while trying to film a music video with Kanye West and Nicki Minaj.

Multiple gun shots have reportedly been fired near the location of a new Tekashi 6ix9ine, Kanye West and Nicki Minaj video shoot in Beverly Hills, California.

Reports claim that Kanye West was there on set but Nicki Minaj had not arrived yet and Kanye left immediately after the shooting.

According to TMZ, Tekashi’s crew rented the $80 million estate which is one of the most exclusive, expensive streets in Beverly Hills,it was supposed to be the backdrop for the music video for one of the songs on his new album, a song featuring Kanye and Nicki Minaj.

Someone on set said there were approximately 8 shots fired and no one was hit. It appeared to be a drive by shooting and at least one bullet went through a bedroom window.