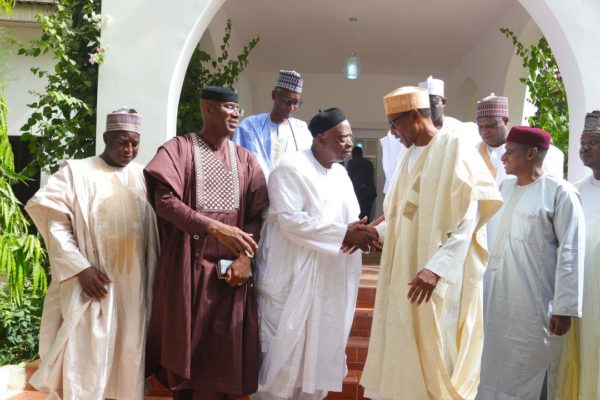 President Muhammadu Buhari Saturday in Daura thanked Senators  for their support and  solidarity with the people of Katsina North senatorial district following the death of  Senator Mustapha Bukar, who represented the zone.

Receiving a delegation led by Senator Abdullahi Adamu in his country home, the President commended the legislators for identifying with the government and people of Katsina State, the Daura Emirate Council and the Bukar family, in their period of grief.

The President said it was noteworthy that Senator Bukar’s colleagues have paid glowing tribute to him as a detribalized leader whose contributions may not be  easily forgotten.

The President prayed that Almighty Allah will grant the soul of the departed late Madaki of Daura eternal rest and continue to comfort all who mourn.