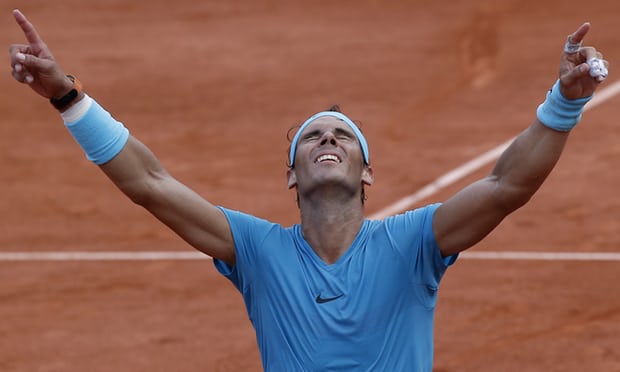 Spaniard Rafael Nadal has won his 11th French Open title with straight sets win over Dominic Thiem.
Rafael Nadal’s place in the pantheon of tennis was secured some time ago, but the Spaniard’s 11th coronation
at Roland Garros after beating Dominic Thiem 6-4, 6-3, 6-2 in two hours and 42 minutes on a warm, humid Sunday
afternoon, lifted him further from his mortal rivals.

Nadal has won 11 of past 14 tournaments at Roland Garros