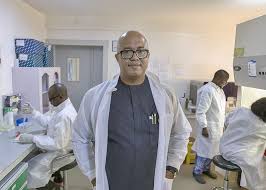 The Nigeria Centre for Disease Control (NCDC) on Friday recorded 386 new cases of COVID-19, bringing the total number of infections in Nigeria to 3,912.

The NCDC also said that 10 new patients have been confirmed dead to the virus in the country, bringing the total number of deaths to 117.

The News Agency of Nigeria(NAN) reports that this is the highest number of cases recorded in a single day in the country.

NCDC said that the new cases recorded were from 34 states and the Federal Capital Territory.

The agency noted that no new state has reported a case in the last 24 hours.

NAN reports that one of the mandates in the Act establishing the NCDC is to support all states in preventing, preparing for, detecting and responding to infectious disease outbreaks.

While COVID-19 has been unprecedented, NCDC said it will not relent in supporting the 36 states of the federation.

The agency said that in the last three years, it had supported states in establishing Emergency Operations Centres, rapidly scaled up laboratory capacity and provided other resources for health security at the state level.

It added that these resources were now being used for the COVID+19 response in the country.