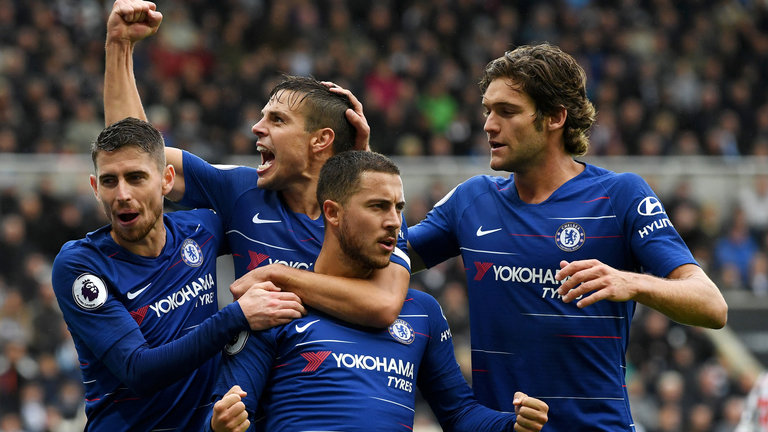 Chelsea made it three wins from three with a dramatic 2-1 victory at Newcastle on Renault Super Sunday.

DeAndre Yedlin’s unfortunate own goal on 87 minutes sealed the win for Maurizio Sarri’s dominant side – who had 81 per cent possession – after a controversial finale at St. James’ Park.

Eden Hazard fired Chelsea in front from the penalty spot on 76 minutes after Fabian Schar was harshly penalised for a foul on Marcos Alonso, but Newcastle were level six minutes later as Joselu’s near-post header was allowed to stand, despite Yedlin catching Olivier Giroud in the face with an elbow in the build-up.