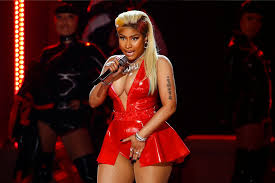 Nicki Minaj has backed out of performing at the upcoming Jeddah World Fest in Saudi Arabia. Earlier this month, the Jeddah Season Cultural Festival had announced that Nicki will be performing at the concert this July and it had garnered a lot of reactions from people.

Many of them were of the opinion that being a conservative society, Nicky Minaj performing at the concert was ‘unislamic’.

Nicki has thus decided not to go ahead with the performance, according to CNN.

In a statement, Nicki said “after careful reflection I have decided to no longer move forward with my scheduled concert at Jeddah World Fest.

“While I want nothing more than to bring my show to fans in Saudi Arabia, after better educating myself on the issues, I believe it is important for me to make clear my support for the rights of women, the LGBTQ community and freedom of expression.”

She also asked her fans to voice out their opinions concerning the cancellation on her Instagram page.