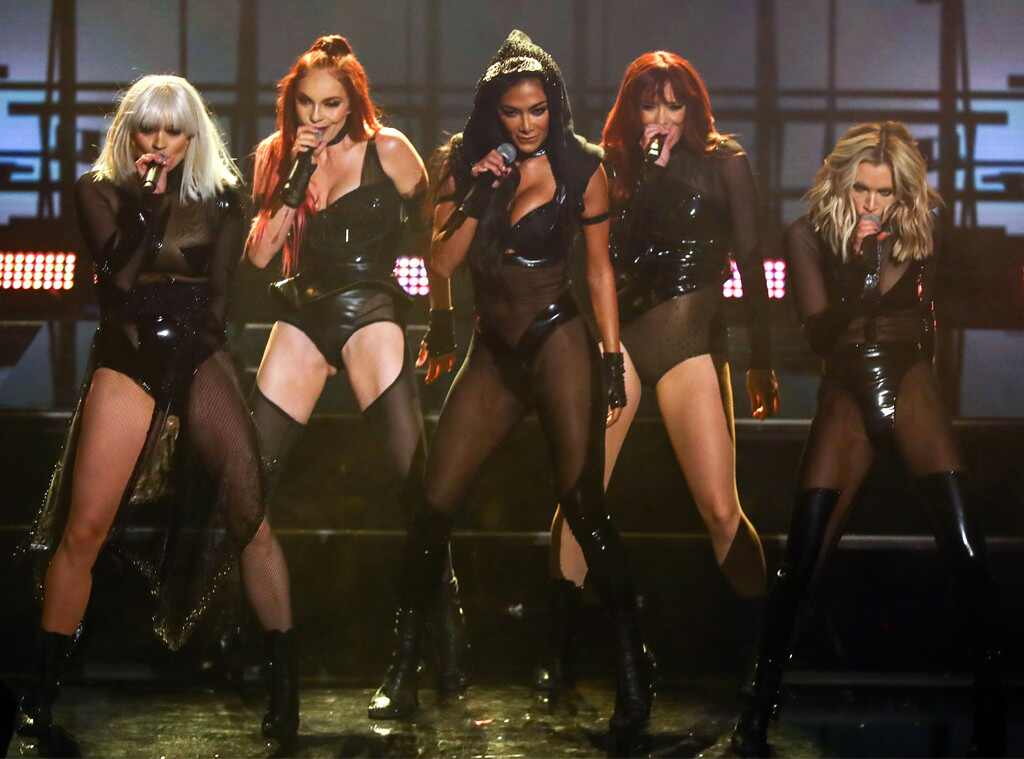 Nicole Scherzinger has revealed that the Pussycat Dolls’ “X Factor” reunion is “just the beginning” of more amazing things to come for the girl band.

The American girl group returned to the stage for the first time in a decade for the “X Factor: Celebrity” final – and the girls can’t wait to show what their 2020 tour has to offer.

Despite not performing together on stage for nearly 10 years since their split in 2010, the girls certainly haven’t forgotten how to put on a brilliant show.

“X Factor” judge, and lead singer Nicole, 41 said: “It was so great to be back together again.

“The energy from the crowd was amazing and spurred us on.

“This is just the beginning of what we have in store for everyone!”

Nicole was joined by other bandmates Ashley Roberts, 38, Kimberly Wyatt, 37, Carmit Bachar, 45, and Jessica Sutta, 37 as they performed some of their biggest hits such as “Don’t Cha” and “Buttons.”

The routine sparked controversy among some viewers with their sexy performance and racy outfits branded inappropriate before the watershed.

Former “I’m A Celeb” star Ashley said she enjoyed every second of being on stage.

She explained: “What a buzz! Back on stage with my girls! Loved every second of it. Bring on the tour hunni.”

The band couldn’t contain their excitement after the success of their first performance in 10 years.

Carmit added: “The energy was insane. Pure magic. It’s like no time has passed and there’s no doubt we’re back! It feels incredible to be back on stage with my girls on a whole new level. PCD 2020!”

Kimberly said: “Tonight was the night! I got to be back on stage with my Dolls on The X Factor. We threw it down!”

Jessica added: “It felt so good to be back with the girls again. We had raw freaky fun!”

It comes after the band visited Heart radio earlier this week to chat with Jamie Theakston and Amanda Holden.

Just a few days before their first performance since their split, the girls announced they were going on a reunion tour.

Nicole announced: “The stars have aligned and the Dolls are getting back together and we’re here to announce a world tour.”

“Like she said, the stars aligned, there’s been unfinished business, it’s been 10 years since we’ve all gotten back together and we’re all ready to do it, ready to put this stuff back on.”

The Pussycat Dolls are one of the most successful girl bands of all times having sold more than 54 million records all over the world and Nicole has teased they may be working on a new album.

She told The Sun: “Well, we’ve been working on some new music but right now we’re just focusing on brushing off the old limbs.”

Offset detained by Cops after report of gun possession