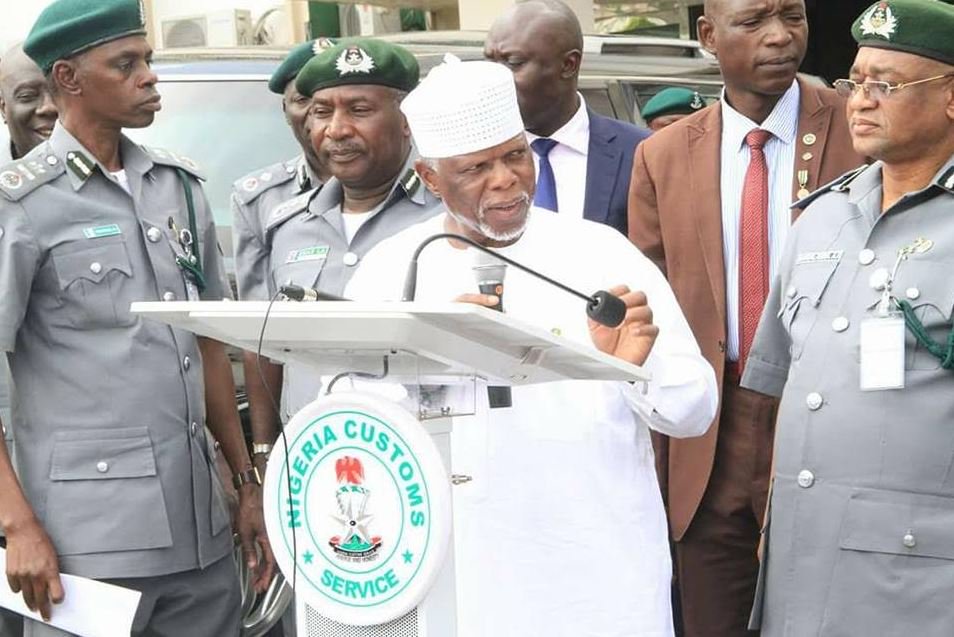 Mr Ali stated this on Wednesday at Maigatari/Niger border, Maigatari Local Government Area of Jigawa while fielding questions from journalists.

“But there is no specific time for opening the borders. However, if they agree with us tomorrow on the existing laws, then we sign and update the existing protocol of transit, that’s all.

When asked about the consequences of closing the borders, he said “if you check our website, you will see the seizures and interception we’ve made”.

He said that by closing the borders, Nigeria was able to completely block the importation of contraband.

“We are able to completely block the influxes of illicit goods, and most important, stopped the exportation of petroleum product which is the biggest problem we have,” Mr Ali said.

According to him, through the measure, the importation of foreign rice has stopped and the market for local varieties has risen.

“We’ve also stopped the influx of rice and our rice is now selling.

“Even those selling garri that have been abandoned because there was cheap rice are making brisk business.

“This is because people are now buying garri as food. So, I think the economy is now picking up and we are grateful for that,” he said.

When asked about petty traders who are unable to bring goods to the neighbouring countries, Mr Ali said “There must be collateral damage in this kind of situation. Somebody must miss one or two things.”

He said the number of petty traders affected was insignificant compared to gains recorded through the operation.

Mr Ali said Nigeria’s neighbours had no reason allowing cars, cooking oil and other contraband items to pass through their borders into Nigeria.

“For instance, Niger has no reason to allow rice, cooking oil and other illicit goods to pass through its borders to come to Nigeria.

He warned that any officer caught conniving to pave way for the importation of contraband items into the country would have himself to blame.

“Some of these things happened in connivance with some of our men. We are trying our best to see that we produce what we consume, particularly rice.

“But the police are being bastardised in connivance with some of my officers. We’re aware of that.

“So, if we catch you, you know where to go, no compromise and you will have yourself to blame.

The customs boss who was at the border to inspect the on-going Operation Border Drill, said: “This is the first time the entire military and paramilitary come together to ensure security and wellbeing of Nigerians, as well as stop human trafficking.

Mr Ali was with the Comptroller General of the Nigeria Immigration Service (NIS), Mohammed Babandede, and Emmanuel Aliyu Ndagi, head of the operation.

Nigeria has shut its borders with it’s immediate neighbours, Benin Republic to the South and Niger to the north, for about a month.

Arguably the most affected is Seme border, which borders Lagos with Benin Republic and through which a large volume of imported materials, legal and illegal, arrive Nigeria.

Some of the items imported through the border include cars, foodstuff and electronics.