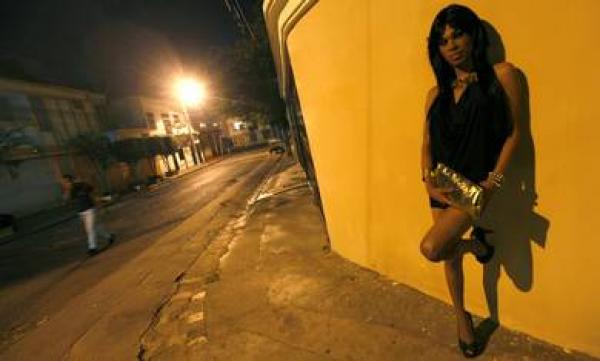 A verdict is expected at the end of this month in the trial of 16  members of a mostly female network of Nigerian human traffickers operating forced prostitution rings in France.

The traffickers went on trial last week at the High Court of Paris, facing their accusers as the trafficked women testified to being lied to, beaten and raped.

Plaintiffs  began giving testimony on May 14 against a group known as the “Authentic Sisters”, saying they were trafficked from Nigeria, abused and forced into prostitution.

While eight women are testifying in the case, a total of 49 victims have come forward. The defendants are being tried for procuring and trafficking in human beings, crimes that carry a maximum sentence of 10 years.

“It is rare to get this many women to testify,” said a social worker for Bus De Femme, who did not want to be named for security reasons. Bus De Femme, an NGO that provides a range of health and social services to sex workers in Paris, provided pro-bono lawyers for the victims in the case.

In some cases the group’s volunteers and staff worked for years with the women to build up enough trust to convince them to testify. “These girls are often incredibly traumatised and terrified to speak out,” the social worker said. Nigerian members of Bus De Femme’s staff, some of whom are former sex workers themselves, played an integral part.

Of the 16 accused, 11 are women and five are men. Four are currently serving time in prison for previous offenses. The prosecution alleges the accused operated their prostitution network across multiple countries including France, Italy and Spain.

During the first week the judge heard testimony from four women and the preliminary defence from two alleged traffickers, Mark “Hilary” Irorere and his wife Happy Irorere, who are thought to have been the ringleaders responsible for coordinating the women’s affairs once they arrived in Europe.

While the details of each victim’s testimony are different, important elements are common throughout, indicating there was a systematic approach to the trafficking operations. The plaintiffs, some under 18, claim that before leaving Nigeria they were promised economic opportunities in France unrelated to sex work. One plaintiff testified she was told she would be working in a new restaurant operated by one of the accused; another, that she would work as a nanny.

There have been numerous reports of voodoo priests being involved in Nigeria’s trafficking rings. Earlier this year Oba Ewuare ll, the traditional ruler of Nigeria’s kingdom of Benin – where 90 percent of Nigerian sex trafficking originates and where most of the plaintiffs are from – formally cursed those priests who take part.

During a ceremony that all priests in the region were required to attend, he declared all people trafficked in his jurisdiction to be released from their voodoo bonds and placed a new curse on any priests continuing the practice.

The plaintiffs testified that they were given fake passports and visas, which they would pay for from the money they earned in the future. They were brought to the home of their future madame and were kept there under strict restrictions, except when they were out seeking new clients.

The women were forced to pay for expenses ranging from food to housing to various fees, totalling exorbitant amounts far in excess of what they were told upon beginning their journeys. Plaintiffs said they had no idea they would be forced to prostitute themselves until condoms were placed in their hands for their first shift. They were then told the rates to charge for their services. The debt owed by each of the 49 women ranged from €50-70,000 by the time they were settled in France.

During their time in court, the women detailed the physical and sexual abuse they suffered, both at the hands of their pimps and from their clients. Some said they were not allowed access to medical services or were forced to have abortions. Rose Adaro, who says she was just 17 when she arrived in France, was blindfolded and raped when she refused to participate in the sex work. Like many of the girls, Rose was a virgin when she was forced into the sex trade and later experienced health issues.

“When I told [my madame] that some clients were bad to me and I was afraid I had HIV, she responded to me that she didn’t care,” Adaro said. “She said that I could die, but all she cared for was the money I was getting her.”

Those facing trial for trafficking the plaintiffs from Nigeria to France are accused of varying levels of involvement. Some claim they started out as trafficked victims themselves, a situation that can complicate sentencing. Joseph Hazan, the defence attorney for 32-year-old Rita A., one of the accused, claims that is the case with his client. He says she was forced to do sex work in France by her own family.

“My client was a prostitute for five years because her family said, ‘We can’t eat, so you must go [to Europe]’,” Hazan said in an interview a few days before the trial. “They knew from others who had sent their daughters to work as sex workers in France.”

After five years she became pregnant and stopped sex work, so the family sent two of her sisters to France to replace the lost income, he explained. Soon after, other families from Benin City asked for her to organise travel for their own daughters to join her.

“That’s how she became somewhat of a business … she isn’t innocent and she will definitely be [found] guilty, but I will try to explain she is not the boss of this organisation,” he said.

Hazan also claims the victims were complicit and fully aware that they were coming to Europe to be sex workers. “They say they didn’t know, but they know you can’t work in France without papers. They know that all people like that end up in the street.”

The trafficking of women out of Nigeria and into Europe has increased sharply in recent years. The International Organization for Migration (IOM) has documented a 600 percent increase in women being trafficked through Italy – mainly arriving by sea – for the purposes of sexual exploitation, with 80 percent of them coming from Nigeria. In 2014 the IOM documented 1,454 Nigerian females, many of whom were minors, arriving through Italy while the number two years later had risen to 11,000.

Once entering Italy, the trafficking networks distribute the women throughout Europe. Aid groups and police in Belgium say more that 60 percent of illicit prostitution in the country are people trafficked from Nigeria. Of the 40,000 sex workers in France, 80 percent are thought to be foreign.

During the first week of testimony the judge asked plaintiffs what they hoped would result from the case. Rita O., who has been in France since being trafficked in 2012, responded: “For them to go to prison. I was afraid before, but now that they are already in custody, I feel freer to speak. I want my freedom back and to be able to get ahead in my life.”

She won’t have to wait much longer for the outcome. A verdict in the case is expected at the end of May.