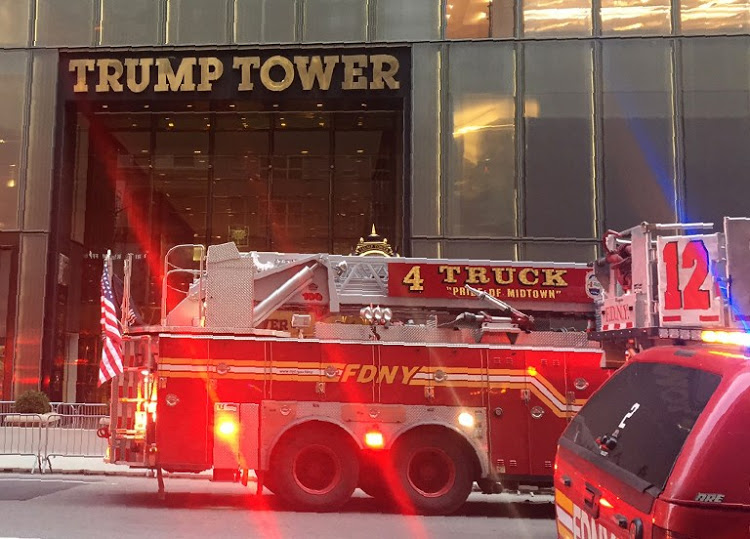 The New York Police Department said 67-year-old Todd Brassner was found “unconscious and unresponsive” when officers arrived at the scene.

Brassner — a Trump Tower resident identified by US media as an art dealer — was pronounced dead after being taken to Mount Sinai Roosevelt Hospital.

According to police, the medical examiner’s office would determine the cause of death as part of an ongoing investigation.

“This was a very difficult fire. As you can imagine, the apartment is quite large, we are 50 stories up. The rest of the building had a considerable amount of smoke,” the New York City Fire Department said.

It said the four firefighters had “non-life threatening” injuries and the blaze had been brought under control.

The building, which is owned by US President Donald Trump, serves as the headquarters for The Trump Organization and houses the president’s penthouse.

Surrounding streets were closed off as tourists snapped pictures on their phones.

The fire department earlier tweeted a picture of the building with several windows of the 50th floor ablaze.

Trump later said the fire had been extinguished.

“Fire at Trump Tower is out. Very confined (well built building). Firemen (and women) did a great job. THANK YOU!” he said.

According to Palmer Report @PalmerReport said in its tweet“NY fire commissioner confirms that Trump Tower doesn’t have fire sprinklers on the floor where someone just died in a fire. Are you kidding? Donald Trump can’t even build a safe building, let alone run a country”.