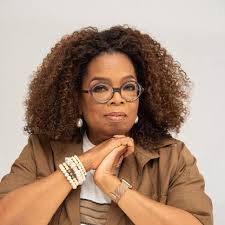 Oprah Winfrey had nothing to do with Meghan Markle and Prince Harry’s decision to put some distance between them and the royal family.

On Thursday, Page Six came out with a report that the television icon advised the Duke and Duchess of Sussex about stepping back from the British monarchy. However, Winfrey denied her involvement in Harry and Meghan’s shocking announcement.

“Meghan and Harry do not need my help in figuring out what’s best for them. I care about them both and support whatever decisions they make for their family,” Winfrey said in a statement to ET.

While she may not have been a part of the royal’s latest news, she has become close to Harry and Meghan over the years. She attended the couple’s 2018 wedding and is working with Harry on a mental health series for Apple TV+  that will be released later this year.