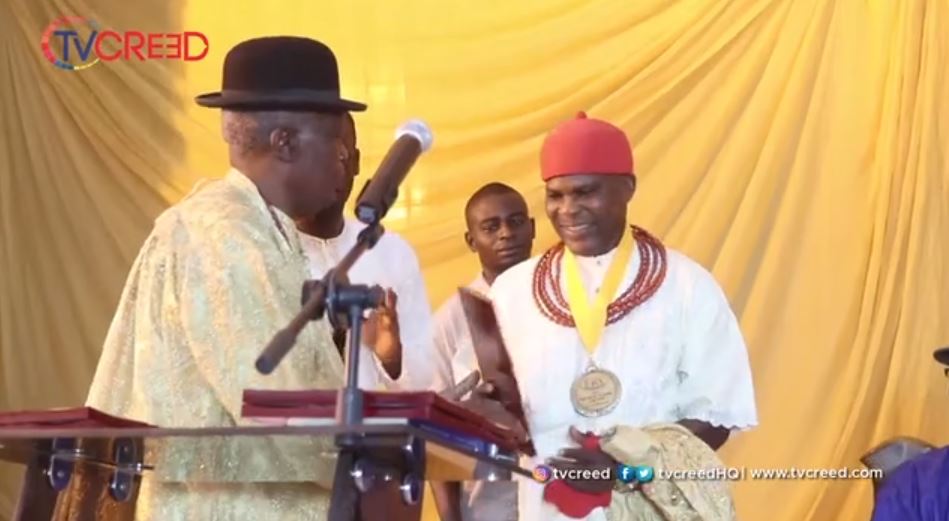 Urhobo Historical society UHS, an Urhobo socio-cultural organization has installed the highly respected and regarded Nigeria Air Force General, His Royal Majesty Lucky Ochuko Ararile (rtd) Avwaeke 1 the Ovie of Umiaghwa Abraka Kingdon as its patron.
The installation ceremony which was held in Pertolum training institute (PTI) Warri Delta state south –south of Nigeria on the 18th of May 2018 during the 2018 edition of the national conference had in attendance great sons and daughters of Urhobo descents and friends of the Urhobos.

Speaking about the choice of His Royal Majesty AVM Ochuko Ararile Rtd Avwaeke 1, organizers remarked his enormous contributions to the development and upliftment of the Urhobo nation and its people and not forgetting his great selfless service to delta state,Nigeria and the Urhobo nation  in service and also at retirement.

The royal father who was the pioneer coordinator of the federal governments amnesty program and one time commander of the Operation restore hope at a time the national resource was in threats , has contributed immensely to the peace in the Niger Delta region and the country at large and has continually been at the fore front of several initiatives to develop his kingdom, the Urhobo people and Nigeria at large.

High point of the ceremony was the presentation of the Urhobo Historic society gold medal and plaque to the royal father by FORMER Federal Commissioner for Works, Major-General Orho Obada (rtd.)