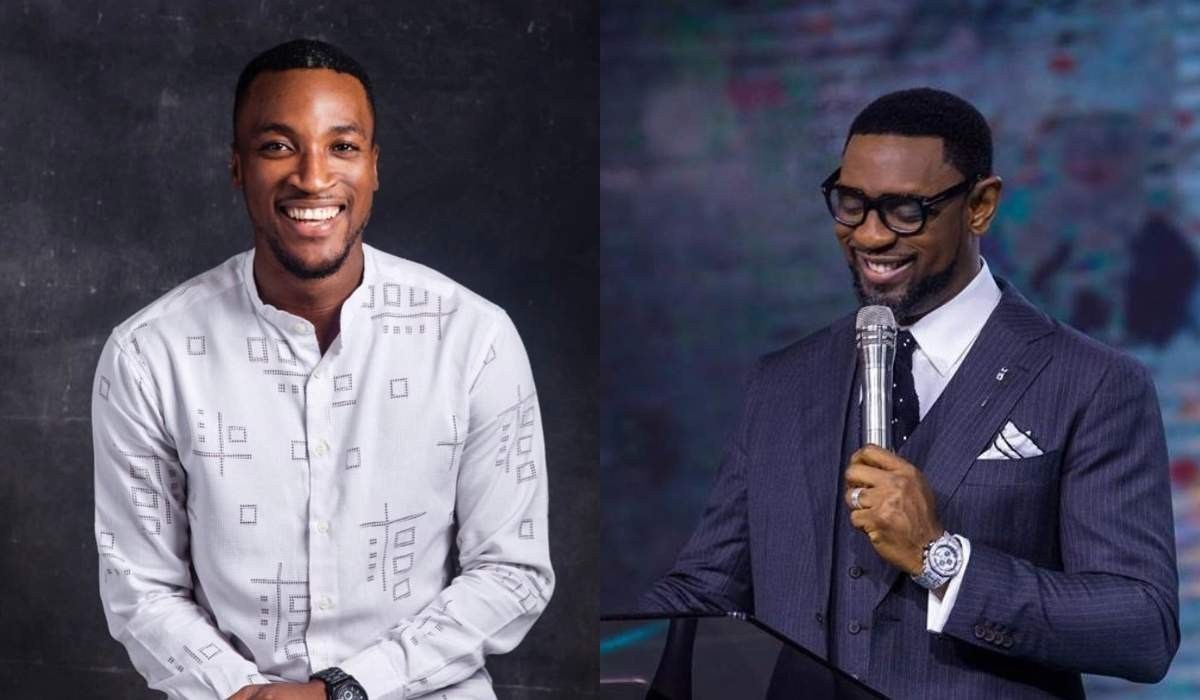 Actor Akah Nnani has said he’s no longer a member of the Commonwealth of Zion Assembly (COZA), saying the Senior Pastor, Biodun Fatoyinbo, is a rapist.

Akah had released a statement following the rape accusation by Busola Dakolo. He had called on Fatoyinbo to respond to the accusations.

Fatoyinbo did, then Akah joined others in calling that the clergy steps down until the case is solved.

He also joined protesters at the church’s location in Lagos on Sunday.

However, in a statement on Instagram, Akah announced that he’s no longer a member of the church saying he believes Dakolo’s account and Fatoyinbo is a rapist who has a “syndicate around him that protects him”.

Read the full statement below:

After watching @busoladakolo account, I believed her 100%. But I was advocating for proper procedures of getting justice on this matter because of reasons best known to me. Again, I was still in shock too. I admit, I still am in shock. I'm also not a fan of jungle justice or court of pubIic opinion because I suffered it in secondary school wrongfully. But after the behaviour of the church organisation today on this matter, not just the pastor, there is no need. It is shameful for me to call myself a member of that church. A friend said to me "his moves are like that of Pablo Escobar". I couldn't help but agree. It has taken me time, but I am finally here. We will say it for what it is. Until facts state otherwise, Pastor @biodunfatoyinbo is a rapist. There is a syndicate around him that protects him, and this involves Pastor Flo of Lagos Church, Pastor Wole of PH parish, church staff, other ministers and I dare say, his wife. I am no longer a member of that church. I call on every one who has a conscience to boycott @cozaglobal. Thank you to every Nigerian fighting. Thank you to every celebrity using their voice. You understand that your influence is not for you. Thank you. I drew strength from your voice. We continue to pray for him that God will touch his heart to own up to his crimes and the light of God to expose everyone involved in the syndicate. I stand with Busola Dakolo, I stand with every woman who has been raped. I stand against rape and rape culture. I stand against the rot in the church. @timidakolo I am 100% with you. #istandwithbusoladakolo I rest my case on this matter now. Let the place scatter!!