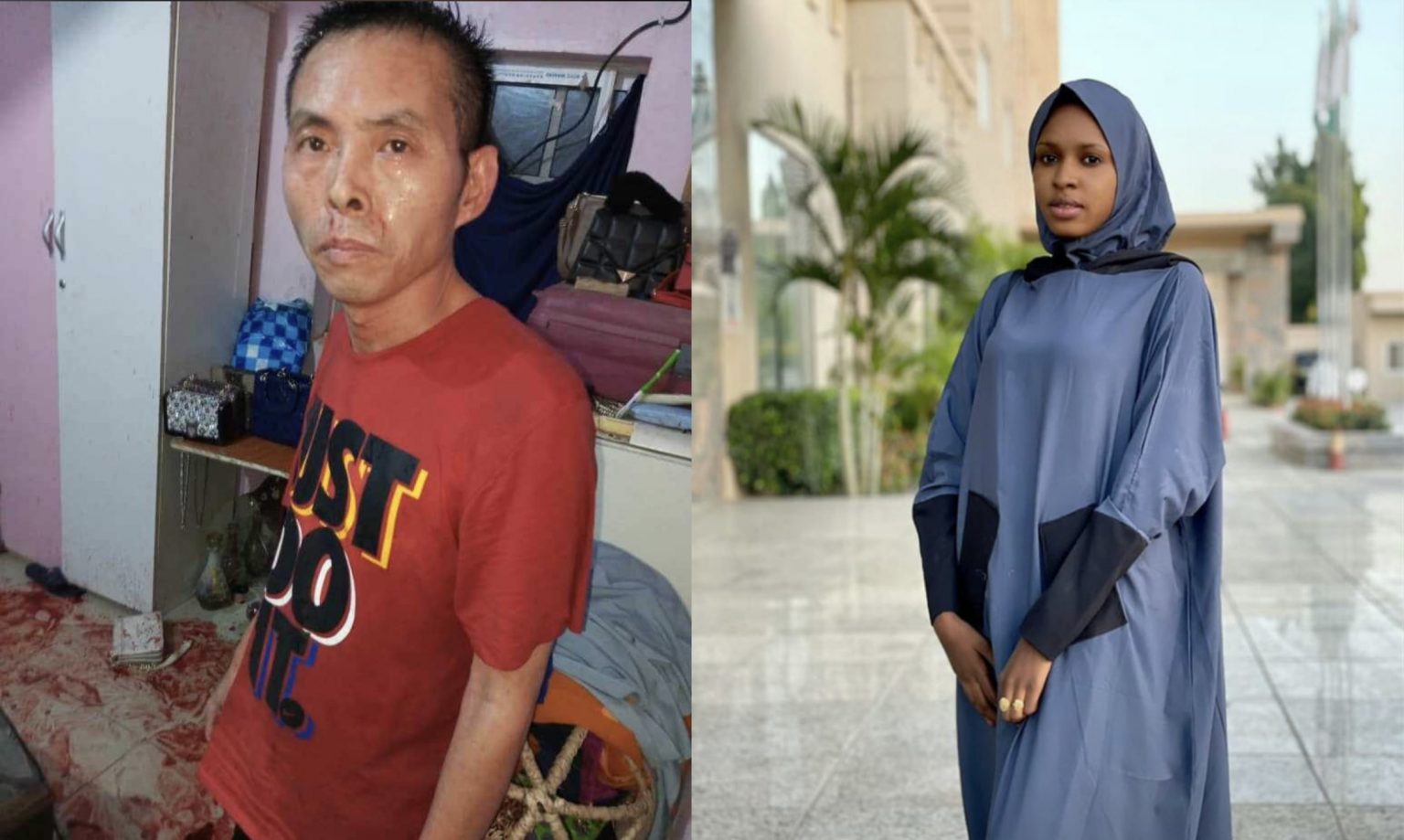 The incident reportedly happened around 10 pm on Friday after the suspect came to visit the deceased, identified as Ummakulsum Sani Buhari, at her parents’ house located adjacent National Environmental Standards and Regulations Enforcement Agency (NESREA) office.

The victim, a 23-year-old Nigerian lady, according to some reports, was a divorcee and had been in a relationship with the Chinese man before and after her marriage.

Although the main cause of the event that preceded the unfortunate cannot be ascertain at the moment, a neighbour identified as Abubakar Mustapha said; “The incident happen around 10:00pm last night. The Chinese man was her boyfriend since before she got married. Her husband divorced her, and they continued their friendship as boyfriend and girlfriend. He often went to her house. She was taken to UMC Zhair Hospital not more than a kilometre away from her house, and she died.”

“Khaleed, her brother, stopped the mob from attacking the murderer when he came back for his car when he entered the house because he (Khaleed) thought that will be lead to a different thing. The man was then caught and handed over to the police,” Mustapha said.

Another neighbour, Muhammad Sani, was quoted by DailyTrust to have said the suspect once attempted suicide because of the girlfriend, but with the intervention of the police, the matter was settled.

“When she was about getting married, he once attempted suicide because of his love for her until the police intervened and everything was settled,” he said.

He added that the suspect had been taken to the divisional police station at Dorayi quarters.

Reacting to the sad event, Nigerians have taken to the social media to demand justice.

@omarladan_: “This deeply affects my heart. In Jambulo, Kano state, a Chinese guy broke into a home and fatally stabbed their daughter (ummita).

“The Nigeria government or Kano administration should put this into effect and impose restrictions on all Chinese citizens.”

@KhaliphaJibreel: “Her name was Ummakulthum (Ummita) and she once dated the Chinese man, but she married someone else, which enraged the Chinese man and caused him to break into their house and slaughter her; may her soul rest in peace and justice prevail.”

Ummita’s mother in the video said:

“Everyone who can say it should help her. We are calling them, with the name of God and the name of the prophet, they should come out and take action on this thing that they are doing to us.

“Because you can see that we are female parents. They’ll kill us, they’ll kill our children, youth, for God’s sake this life is this how we’ll live it?

“And then they’ll say we should say anything? X2 Toh please, in the name of God and the prophet, they should come out and take action on it.

“Not that they’ll come and gather us (I think she’s saying when they need us to vote). Today something has happened, they should come and do it for us.

“Where is Lawal Kyankyan? We’re calling him too to come and (be at our back*) support us and help us get our rights.

“If this is not done, toh we are going to take action by ourselves. Since we are the mothers, and we are the ones whose rights have been violated. They’re our children and we’re the ones who gave birth to them.

“How will one (fair skinned person) from another country enter a Muslim household and kill a girl and we’ll leave him? For God’s sake (how is this possible?)

“So if they start entering our houses and killing our children, what about us? That means don’t have any (-)

“Due to this, politics (no idea). If not, we will not come out to vote. We’ll gather and organise ourselves. True talk (exclamation).”