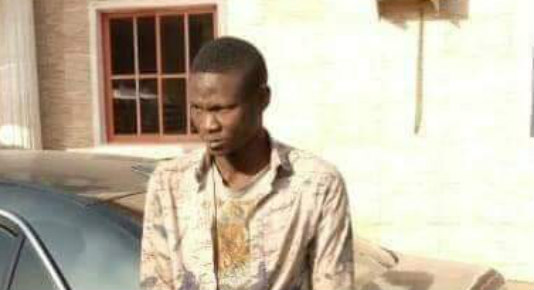 The command’s Public Relations Officer, DSP Yakubu Sabo who confirmed the arrest said that the suspect identified as Nathaniel Samuel pretended to have come to the church for worship, but left to use the convenience room, leaving behind a bag on his seat suspected to be an explosive device.

Tension began to grow among the worshipers, and a security team in the church came in and took out the bag.

The suspect was caught hiding, possibly waiting for an explosion and was handed over to the state police command for interrogation to ascertain his mission.

It was learned that it wasn’t the first time the suspect was coming to the church, having been sent away just last week.