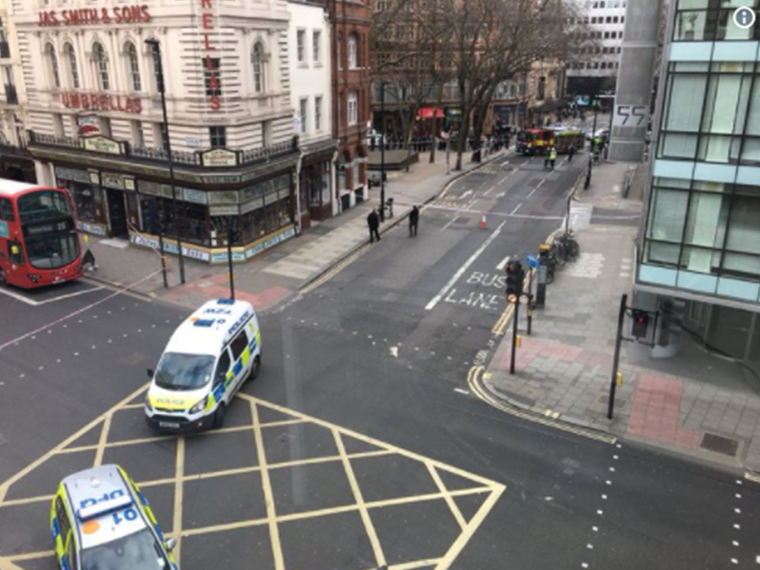 Officers rushed to the scene in New Oxford Street and placed the road on lockdown shortly before 1.30pm on Thursday.

Witnesses described how police shouted “get back” as they descended on the busy road.

One wrote on Twitter: “Just seen police rolling out tape to cordon off a large area around Cambridge Analytica’s offices in New Oxford Street. ‘Get back please! Move along!’ etc.”

Another witness told the Standard: “I went into the sandwich shop to get my lunch, then came out and the police had cordoned off part of the road. Buses were stuck in the middle of the cordon.

“Nobody knows anything really, we are all just looking out the windows.”

No injuries were reported.

The Met later said the incident had been stood down and that the package was not deemed to be suspicious.

The false alarm comes days after Cambridge Analytica became embroiled in a scandal over harvesting millions of people’s Facebook details.