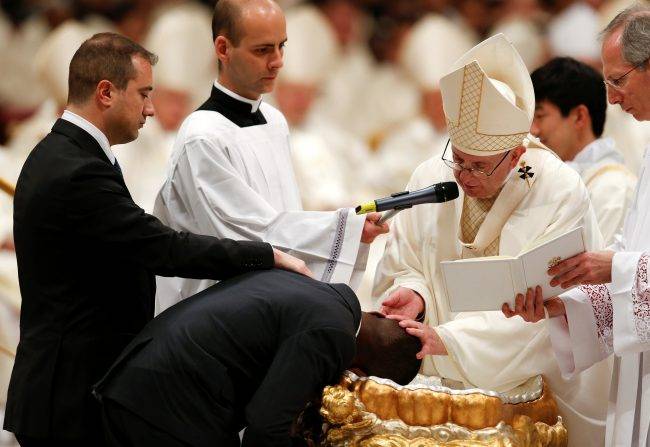 A Nigerian man dubbed Italy’s “migrant hero” has been baptised by Pope Francis during an Easter service at St. Peter’s Basilica.
John Ogah, 31, was begging outside a supermarket in Rome last year when a masked thief armed with a cleaver tried to rob it. .
He held the man down until police arrived – and was ultimately rewarded with a residency permit.

As the Pope baptised him, an Italian police captain stood by his side as his godfather. Ogah was among the 8 adults the pope baptized during the Easter service.