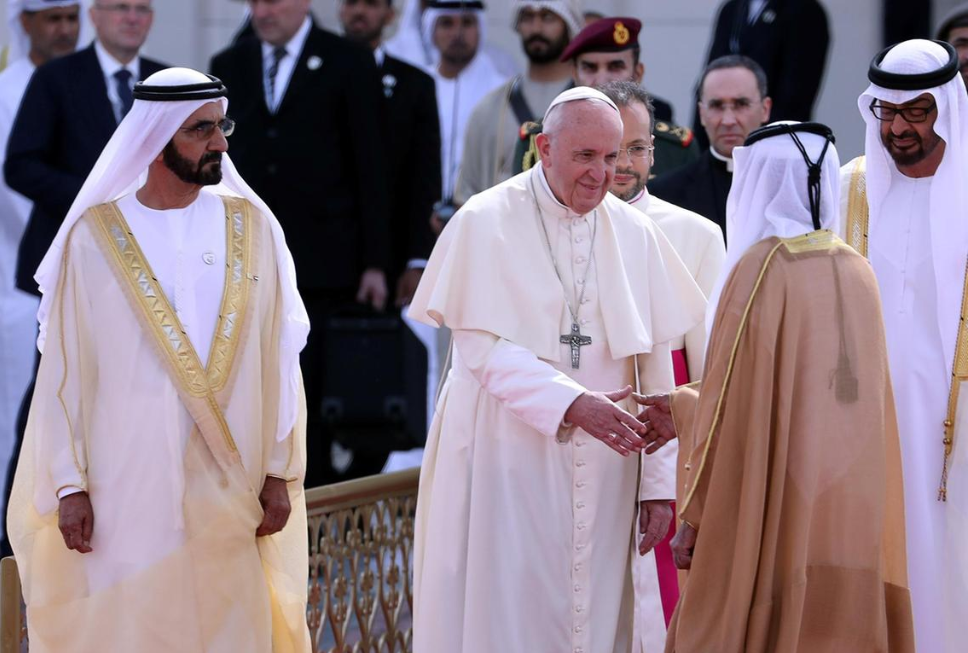 This visit is the first one by a leader of the Roman Catholic Church to the Arabian Peninsula.

He was received at the airport by His Highness Sheikh Mohamed bin Zayed Al Nahyan, Crown Prince of Abu Dhabi and Deputy Supreme Commander of the UAE Armed Forces, and His Eminence Dr Ahmad Al Tayyeb, Grand Imam of Al Azhar Al Sharif University and Chairman of the Muslim Council of Elders.

Children with bouquets of roses also lined up to welcome the Pope. 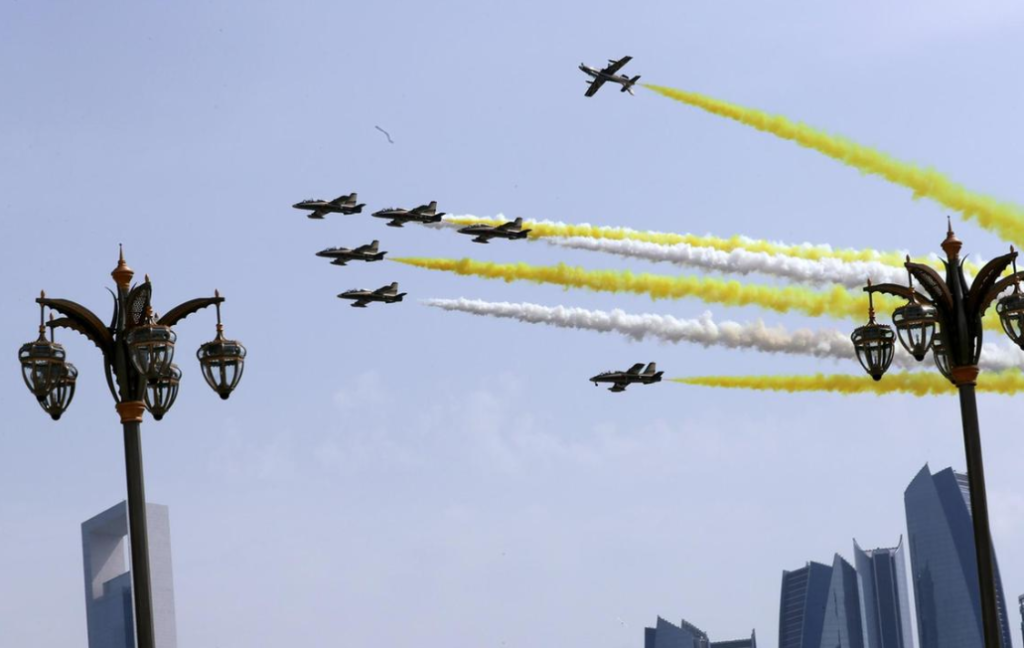 In a statement, Sheikh Mohamed welcomed the visit of Pope Francis and Dr Ahmad Al Tayyeb to the UAE. Expressing his great happiness, he said that the visit is especially important in promoting the values of fraternity, peace and peaceful coexistence. The visit is also significant because it reinforces ties of friendship and cooperation between the UAE and the Vatican, he said. 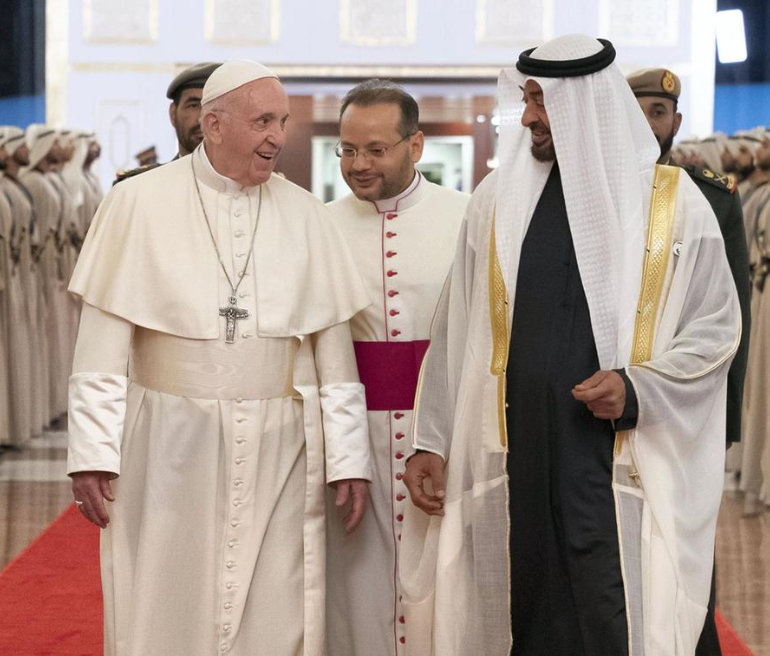 Sheikh Mohamed added that this historic visit to the UAE sends a message to the whole world that the Arab region, the centre of the three monotheistic faiths, whose people have lived in harmony and peace for centuries, is unlike the often invoked image of extremism and terrorism. Rather, he concluded, the Arab region comprises millions of people who believe in coexistence and dialogue and renounce violence and extremism and who are open up to the world and willing to engage with it, Khaleej Times reports.