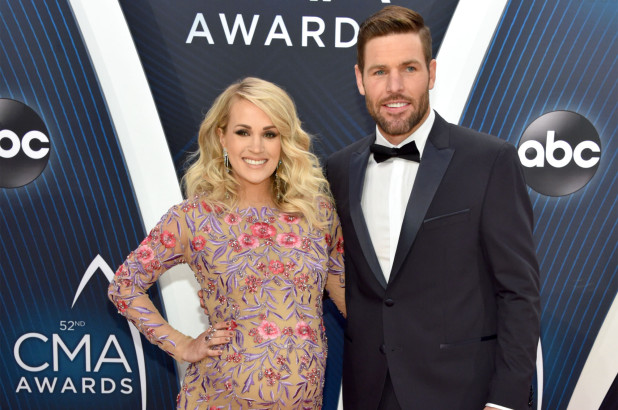 On Wednesday, the 35-year-old star seemed to announce at the 2018 CMA Awards that she and husband, Mike Fisher, are going to welcome their second son.

“Remember last time when I accidentally revealed the gender of your baby?” Underwood’s co-host Brad Paisley asked her.

“Tonight we’re going to reveal something even more exciting — who your baby’s father is!” he teased before questioning the soon-to-be mom of two about the sex of her baby.

“Johnny or June? Tim or Faith? George or Tammy?” he asked among other names before Underwood finally exclaimed: “It’s a Willie!”

Paisley, 46, also took to Twitter to announce that “It’s a Willie.”

According to Taste of Country, Paisley revealed the sex of Underwood’s first baby — son Isaiah, now 3, — during the 2014 CMA Awards. Per the outlet, the country star “accidentally” shared the news during the pair’s opening monologue.

“You could name him Garth!” Paisley suggested to Underwood as a potential baby name at the time.

Back in August, the “Cry Pretty” singer announced on Instagram that she was expecting again.

“Mike and Isaiah and I are absolutely over the moon and excited to be adding another little fish to our pond!” Underwood gushed. “This has just been a dream come true, with album and with baby news and all that stuff. We’re just so excited, and just so glad that you guys can share in this with us.”