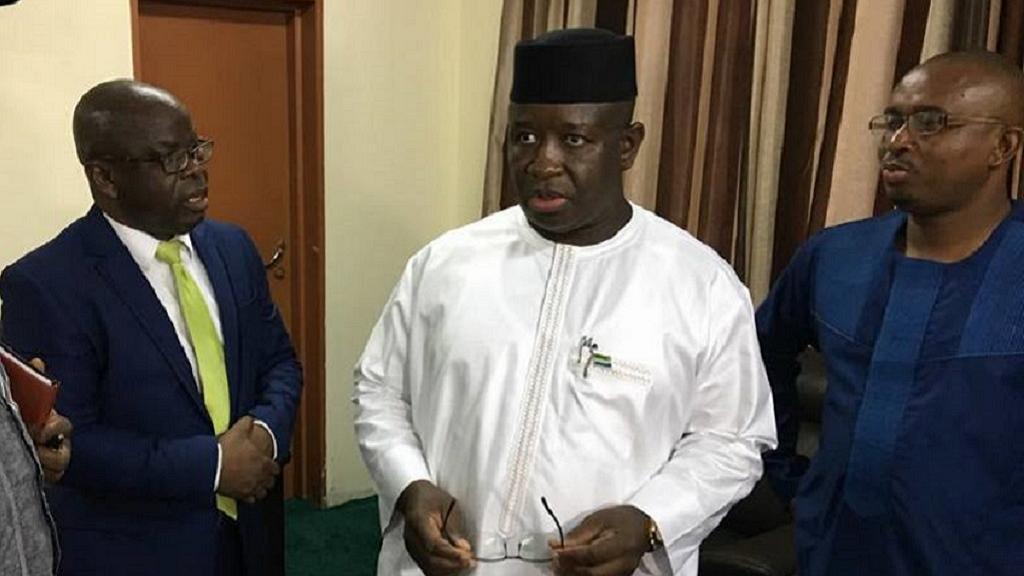 President of Sierra Leone, Julius Maada Bio, on Wednesday took an unannounced visit to a key government facility, the Youyi building located in the capital, Freetown.

The visit is the first since he announced a new set of civil service rules since assuming office in April 2018. According to the communications unit at the presidency, the president’s spot checks were to ensure that his directive of April 9, 2018 was being complied with.

At each Ministry and Agency, President visited Ministers, Permanent Secretaries and other civil servants. Door after door, he entered to shocking surprises from civil servants, some of whom were only seeing him for the first time in person, the presidency said.

A cheerful Maada Bio is said to have thanked many of the Ministers and civil servants who were at post. He, however, left a note for a minister who was not at his desk at the time of the visit.

In the seventies, the People’s Republic of China constructed and donated to Sierra Leone the National Stadium and the Youyi Building both in the same neighbourhood West end of Freetown. It houses a number of ministries and key government offices.

Even though the building is said to have elevators, the president it is said opted to use the stairs as he visited floor by floor to inspect and interface with civil servants.

At the time of issuing the presidential order, Maada Bio said it was aimed at cutting cost of government spending and injecting a sense of responsibility in the public sector.

Aside the order of reporting to work latest by 8:30 am, it also touched on the restarting of a national day of cleaning, re-introduction of commercial activities on Sundays and a ban on hosting government programs at hotels.

Below is a recap of the four main orders as contained in the April 9, 2018 directive:

1. All Public Sector Workers and Government Ministers are required to be in Office at 8:30am till 4:45pm. The president and vice president will conduct routine and unannounced checks at Ministries, Departments and Agencies (MDAs) to ensure implementation. Failure to report for work on time will lead to Disciplinary Action and Potential Summary Dismissal.

2. A National Cleaning Day is declared for the 1st Saturday of each month from 7:00am _ 12:00 noon. The first national cleaning day scheduled by the Ministry of Health Affairs is Saturday, 5th May 2018.

3. Re-introduce Sunday Trading and Commercial Activities effective Sunday, 15th April 2018. The public is notified that all businesses, trading and commercial enterprises and activities are now permitted to operate on Sundays ONLY between the periods of 12:00 noon to 5:00pm.